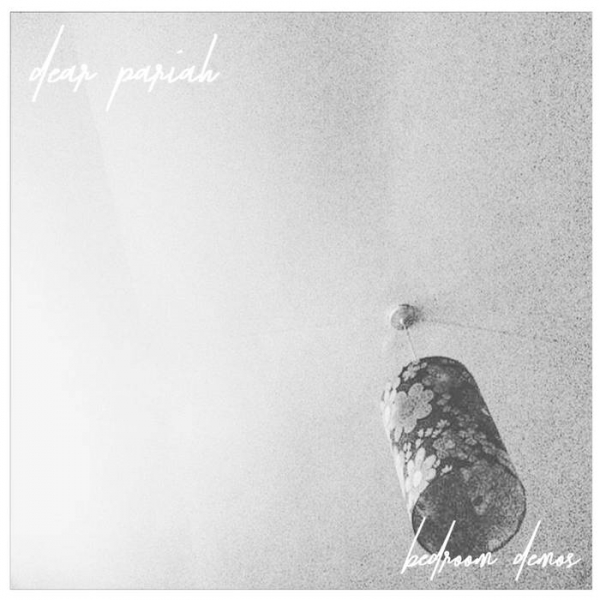 On Bedroom Demos, Dear Pariah gives us an intimate masterclass in introspective songwriting.

The new collection from London songwriter Charlie Hinchcliff, aka Dear Pariah, isn’t an easy listen. Hinchcliff has endured a long struggle with sarcoidosis in recent years, a debilitating condition which has caused permanent damage to her brain, lungs, nervous system and more, and has necessitated numerous spells in hospital and a range of treatments, including chemotherapy. Written and recorded while she was too ill to play live, the songs on Bedroom Demos are just that: no-frills vignettes from an artist forced to retreat from the public eye by circumstances beyond her control.

This is spare, stark work, a little rough around the edges, and all the more affecting for it. We hear a guitar, Hinchcliff’s striking vocal, a dab of reverb, and little else bar the crackles and pops as she sets up her microphone at the beginning of each song. Her guitar playing is subtly complex, but never invasive or attention-grabbing: the spotlight is firmly on her voice throughout – and so it should be.

There’s a yearning quality to her singing, evocative of both the narrative-led British folk tradition – all Celtic intervals and a raconteur’s ear for detail – and the more confessional, introspective lineage of North American songcraft. Joni Mitchell, Tracy Chapman, and Leonard Cohen all cast subtle shadows over the record, as do Nick Drake, Bert Jansch, and The Watersons. Yet this isn’t mere revivalism: there’s a deeply modern sense of dislocation and atomisation here, compounded by the aural quality of cheap, contemporary recording technology. It all sounds more or less as if it’s been recorded on smartphones and GarageBand – and that’s no bad thing.

Lyrically and atmospherically, it’s heavy going – tracks like “God It Hurts” and “Goodbye, Dreams” are as direct and vulnerable as one might expect – but it never collapses into empty melodrama or mawkishness. Instead, Bedroom Demos is, straightforwardly enough, an honest collection of beautifully-crafted folk songs. It doesn’t flinch from its subject matter, but nor does it dramatise it. That, along with Hinchcliff’s virtuosic way with melody, is what makes it so powerful.

Bedroom Demos by Dear Pariah is out now on Bandcamp.