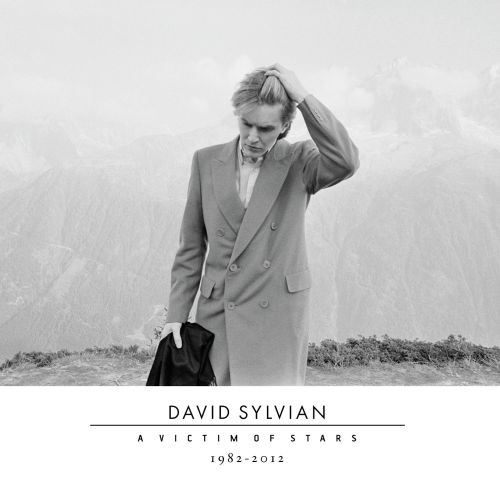 David Sylvian, the plasterer’s son from Lewisham who became the “world’s most lovely man” (according to The Sun), has followed a most improbable career trajectory since the break up of his group, Japan, in 1981, at the height of their success. For thirty years, Sylvian has singularly failed to melt down and embarrass himself in the high baroque style of so many of his peers from the world of (almost) chart-topping ’80s synth pop. In fact, the only thing he seems to be embarrassed about is the fact that he was once in an (almost) chart-topping ’80s synth pop band. Instead, he has spent his time collaborating with a roll call of avant-gardists – amongst them Yellow Magic Orchestra’s Ryuichi Sakamoto, Can’s Holger Czukay, AMM’s Keith Rowe and John Tilbury, and no-input noise improvisers Otomo Yoshihide and Toshimaru Nakimura, to name but a few – and producing some of the most beguiling music of the era.

This is far from the first Sylvian collection, so Japan tracks like ‘Ghosts’ and ‘Every Colour You Are’ (the latter from the 1991 “comeback” album released under the name Rain Tree Crow) as well as the Ryuichi Sakamoto collaboration ‘Heartbeat (Tanai Kalki II)’ have already been co-opted into the Sylvian canon, and practically everything else has already been re-mastered at some point. For the man born David Allen Batt who used to turn up to Catford Boys School in full make-up, aged 14, repackaging evidently comes as second nature. The ostensible purpose of the new release, then, might be to fill in the gaps for a new generation who came to ‘Ghosts’ via Rufige Kru and King Midas Sound and caught on to the recent solo stuff thanks to the presence of Fennesz or Burnt Friedman.

A Victim of Stars presents a somewhat cleansed collection – no extensive ambient workouts or half-hour pieces for art installations here – and as a result the 1990s seem to fly by, with the decade’s middle years represented by just one song (‘Jean the Birdman’) from 1993′s Robert Fripp collaboration, The First Day. Aside from that, the song-based records are fairly evenly recognised with two or three tracks apiece from the jazzy funk-pop of Brilliant Trees, the soulful, spacious Gone to Earth, and the rich, expansive Secrets of the Beehive (with orchestrations by Scott Walker collaborator Brian Gascoigne) filling up most of the first disc. Disc two is dominated by noughties work with Fennesz, Derek Bailey and AMM, along with tracks from the two Nine Horses albums made with Burnt Friedman and former Japan drummer (and Sylvian’s kid brother) Steve Jansen, along with Swedish chanteuse Stina Nordenstam and Supersilent trumpeter Arve Henriksen.

The one new track here, ‘Where’s Your Gravity?’, pits a floating, flickering ambient soundscape of tremulous bursts of strings, swollen synth lines and distant dub echoes against a bruised torch song vocal with lyrics like “Self-annihilation/Couldn’t come too soon”. A haunting, weightless driftwork of a song that would sound equally at home on a Kompakt Pop Ambient compilation or the soundtrack to David Lynch’s Lost Highway; following on from the peerless creativity of Blemish and Manofon, ‘Where’s Your Gravity?’ proves Sylvian remains one of the most innovative British artists working in song today.