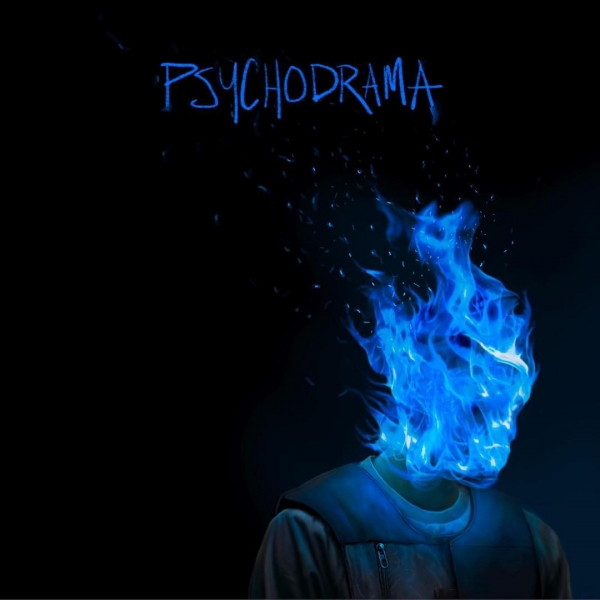 When true, raw emotion pours out in musical form, there are few better tonics for hardship. South London rapper and multi-instrumentalist Dave has shown his ability to create this form of antidote previously on the politically-charged, seven-minute "Question Time" – which won him an Ivor Novello award – and on latest single "Black", which Radio 1 DJs had to defend after some listeners complained. An ironic outcome for a song that itself discusses the suppression and injustice by which black communities and individuals continue to be dogged. On PSYCHODRAMA, the multi-faceted musician peels back more layers of his life, powerful verse by powerful verse. His story is much more elaborate than his simple name suggests.

The 11-track record, presented in the form of a conversation with a therapist and inspired by conversations he’s had with his incarcerated brother, handles complex topics of loss, grief, struggle and balancing newfound fame with aplomb. Often accompanied by beautiful, moody piano riffs which are laid down by his own fingertips, Dave’s lyrical delivery is incomparable to anyone else on the UK scene. He doesn't deal in the mind-boggling rhyming patterns as, say, Kendrick Lamar, but Dave’s storytelling ability is up to to that lofty standard.

On the opener, "Psycho", he discusses issues around mental health: "I’m probably battling with manic depression / Man I think I’m going mad again / It’s like I’m happy for a second then I’m sad again". On "Lesley" he pains for over 10 minutes about a woman he met on a train whom he realised was in an abusive relationship. Tougher still is "Drama", the closing track, which begins with a recording of a call to his older brother in prison. The emotions flow out of Dave like the words have been tucked away in the deepest, darkest corners of his psyche. "Years went by I know it's fucked, I had to hold it up for mummy on my own / and I just lost the only fucking person that I idolised"; his words cut deep and you are gripped, feeling his passion in every word. His moving lyrics may steal the show, but Dave shows that he’s no one-trick pony: piano-led riffs are broken up by the bouncier beats of JAE5 on "Location" and on "Disaster", he hooks up with another previous collaborator, J Hus, for a partnership that’ll never fail.

Those brief moments give breathing space in a record that’s suffocatingly intense. PSYCHODRAMA isn’t an album to stand up and rejoice to. It’s a sit-down-and-consume, a listen-and-learn. In doing that, you appreciate the blood, sweat and tears that have gone into the prose. It’s an overwhelmingly powerful 51 minutes of music unlike anything released this year. We’re truly in the presence of someone leading a remarkable generation of UK rap and I have no doubt we’ll look back at PSYCHODRAMA as a seminal piece of art in this movement.