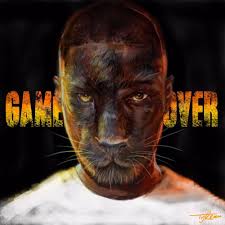 Dave. Don’t be fooled by the deliberate understatement of Dave. After all, as some guy called Will once said: ’what’s in a name?’ If you haven’t heard of him yet, Dave has become one of the stand-out grime artists of the last year, which is no mean feat in a scene that seems to be overflowing with talent right now. Did Drake’s remix of “Wanna Know” help get Dave some much-needed visibility (to the tune of over 15 million YouTube views)? Yes. Is that why you should care about him? No.

Dave’s Game Over EP falls just outside the LP category, at seven tracks long. This record is not the work of an artist who is still finding his feet, though. Dave knows what he wants to talk about.

"Game Over", with its Kraftwerk-inspired opening and arcade-game synth, sets the stage: life doesn’t come with a save button, there’s no re-start. "Game Over" is about that feeling of overwhelm. It’s about the pressure of trying to find work, trying to live up to the expectations of his teachers, his mother, trying to make time for a relationship - 'I wanna make time for Alison, ‘cos her body good like Samaritans, but I don’t think I can balance it' — and how friendships fail because people inevitably want different things in life.

"Question Time" re-enacts PMQs with Dave as interrogator. It’s a blistering indictment of the current political situation. He questions the UK’s role in the conflict in Syria; the use of terrorism as a justification for drone warfare and the civilian casualties it entails; the stagnant wages of carers and nurses, like his mother ("I just find it fucked that the government is struggling to care for a person who cares for a person").

That’s not all. He tackles Brexit and that £350 million promised for healthcare and rails against the lack of consequences for those responsible for the Grenfell Tower disaster. Oh, and Donald Trump and David Cameron — you’re not safe either. Neither is Jeremy Corbyn, who he wants to trust, but can’t quite. For Dave, political promises are meaningless; better instead to achieve justice for Rashan Charles and Edson Da Costa, whose deaths activists have linked to the racially motivated use of excessive force by London Metropolitan Police officers.

There’s vulnerability in this record, too. “How I Met My Ex” is a tale of love, loss, DMs, Twitter-stalking and accidental erections. It’s also a story of gender power dynamics. Dave exposes how talent in women can be both attractive and unnerving to men, asking: “Why should girls be punished for a male’s dirty mind […] how many men stop their women from achieving what they can because in secret they’ve been feeling insecure?”.

It’s only seven tracks, but Game Over has it all. Love, war, politics, family; no, it’s not Shakespeare. It’s Dave.