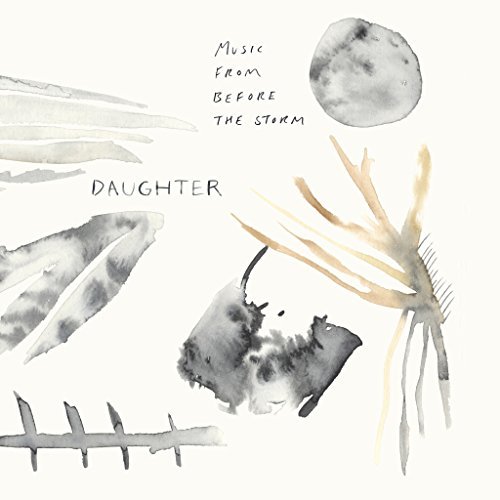 In partnership with Square Enix, the publishers of the Final Fantasy and Tomb Raider series, Daughter have written the dark and brooding Music from Before the Storm, the original soundtrack to the video game Life is Strange: Before the Storm.

"Now the world is only white noise / Frequencies that I can't understand" sings vocalist Elena Tonra on the album's lead single "Burn it Down". Undoubtedly, the landscape painted on the London-based outfit's first original soundtrack is characterised by sparse lyrics rendered indecipherable by static, eerily atmospheric space and a depth that's almost disorienting.

With the immersive capacity of video games in mind, Music from Before the Storm seeks to engulf the listener in a massive, yet delicate and complex world. Guitarist Igor Haefeli's use of delay and reverb in tracks such as "Glass" and "Witches" is evocative of a certain vastness which can be runs throughout the entire score, yet the driving percussion of Remi Aguilella infuses the work with a sense of direction and urgency that reflects the journey of 16-year-old Chloe Price, on which the story of Before the Storm is centred.

While the majority of tracks are without lyrics, this is not to say that a sense of genuine emotion is missing in Daughter's instrumentation. There's a melancholy in the elegance of the guitar in "I Can't Live Here Anymore", which combines with distant piano chords to create a chillingly beautiful piece of music While murmurs from Tonra of "I can't live here" can just about be made out amidst weird samples played in reverse, the real power of the track unquestionably lies in its arrangement and composition.

In the moments where vocals are more prevalent, lyrics often seem to dwell on a process of gaining understanding and clarity, such as in "A Hole in he Earth", where Tonra sings "Friend make sense of me" in an expression of existential uncertainty. Indeed, the shifts between heavy distortion and airy clarity which typify tracks such as "Dreams of William" mirror a questioning of identity which seems to occupy much of Before the Storm's narrative.

As an entire work, Music from Before the Storm is a soundtrack that succeeds in encapsulating a great vastness and emotional depth while retaining a clear sonic aesthetic. Daughter have created a work that is cinematic and captivating, and is perhaps only potentiated by experiencing it alongside the video game itself.