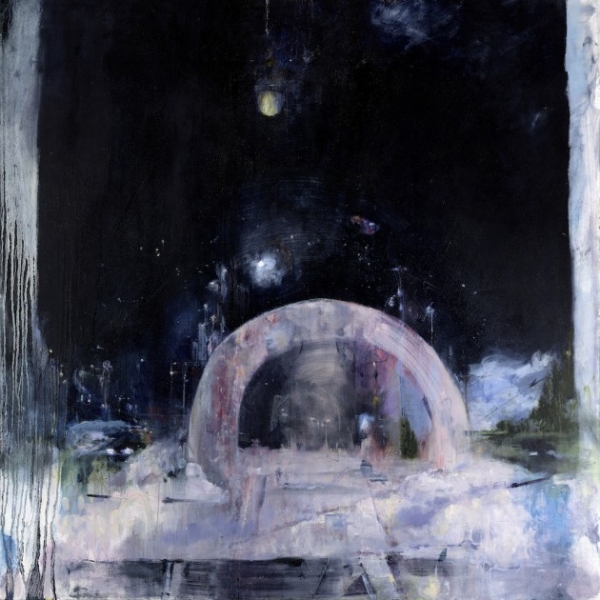 As Daughter walk forwards towards a new horizon and a second album they don’t leave much in their wake – no skin shed and nothing to prove. All the shades that made If You Leave remain and what emerges is a snapshot of a sound, a talent and a style stretching and evolving – still being clipped, and carved and sculpted.

Opening track “New Ways” wraps itself around you and doesn’t let go - like someone you haven’t seen in years. It’s an exactly perfect song for a reunion – as beautiful as ever but not quite who you knew before. This is followed swiftly by first single "Doing The Right Thing", which plays out like a mini-masterpiece of existential fiction fit for a cultural touchstone but holds itself as a modest and gentle thing drenched in bittersweet enevitablity and powerful yet pared-back composition.

There is a feeling of confidence that laps beneath this second album – the sound is more certain and knows itself better. And with that comes a space, however small, for something new to emerge between the cracks in swathes of a more vibrant hue.

If You Leave was an album capable of hitting you right between the eyes, flooring you completely – not just because of its beauty but because of the simple humanity that lay in those words and those deep, longing notes. An album underpinned by a commonality of what it sometimes means to be alive, and how much it hurts to carry on as who you are when it does.

The depth of feeling brought to bear on that first album is not absent on the next. It is another ripple flowing outwards from that first pebble hitting cold water. Throughout Not to Disappear words circle sound and echo back. It is a strong unit but slightly lacks the glorious and deep holes to fall into as on If You Leave. It is a companion for late nights and long journeys alone nonetheless.

Not To Disappear, which as the band told us back in December, was created at both Cable Street Studios in London and in New York, where the three-piece were able to work with Nicolas Vernhes (Deerhunter, War on Drugs, Animal Collective). And it was worth the wait, because it is just another masterpiece in how to enjoy the plethora of feelings that come and go in the course of being alive.

As Elena Tonra said last year: “This time, I don’t care as much. There is something quite nice about that, even if just for my own sanity, like I don’t need to feel embarrassed about my brain. This is what it does. This is what it thinks. I am openly fine with being a sad person.” This unashamed pitch from Tonra to bask in, rather than apologise for, the humanity that sparks magic in Daughter’s sound is heroic, admirable and only serves to give her words more strength.

There are more moments of frenzy this time, leaving more distance between the slowest, lowest points and those manic with energy. And so there isn’t quite the same smoothness as before – where there was consistency in dark colours. But the veracity and brutality with which Daughter lay themselves bare remains like a brand burnt into each note.

And so, inevitably, there are tracks where you feel you know them better and sit well more immediately, but there are others that claw their way into your mind – building and building. “Numbers” is fraught with honesty that talks to those who need it – painful, reassuring, kind and totally brave. “Mothers” is slow and heartbreaking – looming soft and large in the centre of the album. While “To Belong” feels like an old friend in so many ways but has a layer of grime and determination more obvious than ever before.

Not to Disappear is made as carefully and beautifully as you would expect – balancing the acts of remaining true and pushing forward. It does this with an air of self-assured calm and the clarity that a few extra years of being alive bring. And so you look to your left and your companion on late nights and long journeys is still there and growing just like you are - heart breaking, heart bursting, heart learning.