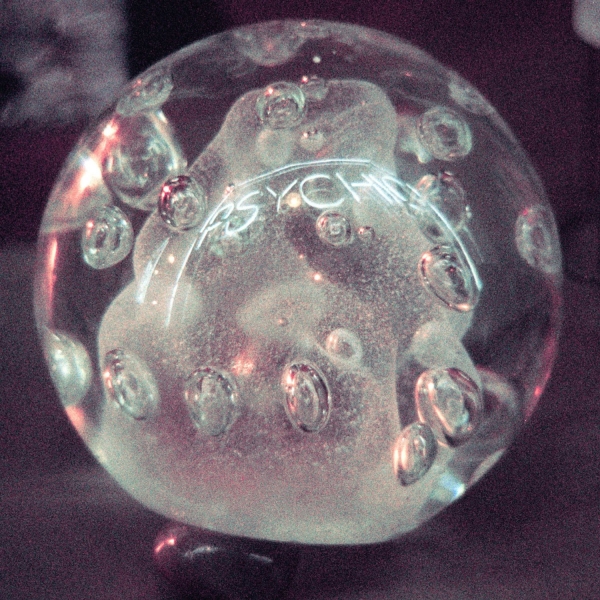 Fans of Nicholas Jaar and Dave Harrington’s downtempo Darkside project have since August been drip fed teaser tracks from the duo’s second release, Psychic. And though there’s been little overt publicity about the project (except for a listening party in Brooklyn which attendees described as a cross between the “best party ever and a meditative release”), it’s safe to say that anticipation has been high.

Having taken two years to record, Psychic takes a cyclical shape, with each song exploring the cosmic edges of rock music through electronica and minimal techno. Each number assumes a different identity, with a direct influences from a psychedelic world of 1970s swirling light shows, guitars, and not a little Pink Floyd. Field recordings, earthly elements, human murmurs and heavy breathing mix seamlessly with synthesizers, drums and keyboards to produce a meditative enlightenment, with Jaar and Harrington creating an album based on opposites, successfully uniting the natural with the unnatural. Psychic takes shape as a living, breathing musical biosphere.

The album opens with ‘Golden Arrow’, a track that demonstrates classically-trained Jaar’s interest in broken technology. At 11 minutes long, the jet-black tune begins with static, dial-up tones, synth clicks, sparse violins and pianos until six minutes in when a slinky narcotic groove appears, with Harrington’s staccato guitar crescendoing into Jaar’s vocals. With a song title like a forgotten solar star, ‘Sitra’ bridges gap between the strident guitar-led ‘Heart’, which is layered with Jaar’s half-sung/whispered lyrics to produce feeling like you’re witnessing a solar eclipse.

‘Paper Trails’, the latest single from the album, is slow-stepping with a sensual, sinuous beat that recalls a bit of Chris Issak meets Matthew Dear with its light, bluesy instrumentation. The lyrics are dark and noirish, even a bit macabre and occult. Similarly to ‘Golden Arrow’, the second half of the song opens up, this time to a dense, intricate, melancholic and misty-cool rock’n’roll. The clash of opposites, of songs blossoming half way through to reveal what’s lurking under a shadowy edifice, features prominently throughout Psychic, functioning as a way to bridge the gap between emotions, movements and electronic versus natural elements.

‘The Only Shrine I’ve Seen’ contains twinkling Eastern instrumentation, with occult claps and beads, wind chimes and Gamelans. An echoing, outerwordly vocal enters, before a slow, sultry confident beat appears with Harringont’s minimal bass line. Psychedelic chords merge seamlessly with the electronic beats, bridging the gaps between eras, time and place. ‘Greek Light’ brings the sound of the sea, the heaving and the sighing of boats against the dock.

Final track ‘Metatron’ functions in a similar way to ‘Golden Arrow’: it signals the cyclical return to the beginning. Starting with a slow-burning opening reminiscent of Floyds’ The Wall or Dark Side of the Moon, rumbling whispers of an organ and synths are punctuated with distant vocal utterances. Like awaking from a dream you barely remember, it all ends with hushed whispers and conversations imagined from a smoky café. You wake up wondering how you got there, but want to do it all over again.