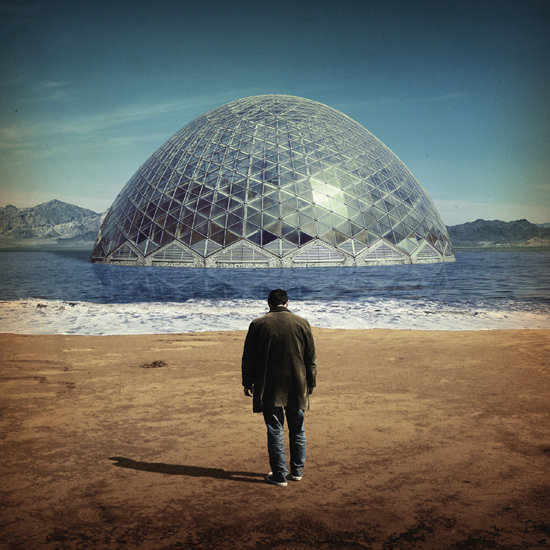 Perhaps he’s grown used to it, with almost twenty years in the business under his belt, but the fact that Damien Jurado continues to fly under the mainstream radar doesn’t appear to have had an adverse effect on his work ethic. Assuming you count 2011’s live record, Brothers and Sisters of the Eternal Son is his fourth full-length release in as many years, the latest in both a long run of releases on Secretly Canadian and a recent slew of records with The Shins man Richard Swift behind the production desk.

Jurado can probably fairly be considered a classical singer-songwriter in terms of the topics he’s tended towards – he’s peddled many a tale of heartbreak – but the oblique nature of his relationship with such concepts is perhaps a little less common; he’s routinely shied away from the confessional, although rarely at the cost of real emotional resonance. The genuine renaissance that he’s experienced since his first hookup with Swift can presumably be attributed to that most elusive of states for the touring musician – stability. The writing of 2010’s Saint Bartlett – his first LP with Swift at the helm – coincided with the early stages of Jurado’s second marriage, shortly after Caught in the Trees had chronicled the collapse, after fifteen years, of his first.

The rapport he’s established with Swift might help to explain why Eternal Son is possibly Jurado’s most ambitious effort to date, both thematically and sonically. This is ostensibly a concept record, but it’s so lyrically cryptic that you get the impression that Jurado doesn’t want you to be able to draw straightforward conclusions about the story involved. There’s enough reference to spiritual experience on “Silver Timothy” and “Jericho Road” to point to some biblical influence; the inclusion of the fictional utopia after which his last record, Maraqopa, was named suggest so too, as does the refrain of “roll away the stone” on “Silver Katherine”. Such is the number of characters involved, though – “Silver Donna”, “Silver Malcolm” and “Silver Joy”, presumably amongst the titular siblings, get their own tracks, too – it’s hard not to feel that whatever plot Jurado might be driving at is borderline impenetrable. The motifs that are repeated throughout – nods to Messianic figures and plentiful reference to apparent conspiracy – are vague beyond the point of allowing the listener to draw their own conclusions.

It might be, though, that the concept is a difficult one to decipher because so inviting is Jurado’s voice, and so lush is the instrumentation on this record, that it’s hugely tempting to let the lyrics pass you by. There’s so many neat subtleties to the album’s composition; gorgeously understated strings on “Metallic Cloud”, spacey, almost jazzy percussion on “Magic Number”, the way the harmonies wash in and out on “Jericho Road”. The standout, “Silver Donna”, serves as a stern rebuke to anybody who might have had Jurado pegged as a risk-averse folk musician with little penchant for experimentation; it’s a gloriously diffuse clash of styles, none of which you’d readily associate with typical singer-songwriter fare – over six simmering minutes, funk-driven bass and tribal drums provide a platform for psych-tinged vocals, which hold together a song that constantly sounds as if it’s on the brink of spiralling out of control.

You certainly can’t fault the ambition on Eternal Son; it’s difficult to nitpick where the nimbly-handled production’s concerned, either. Thematically, it can seem like a little bit of a kitchen sink job in places, but there’s certainly no shortage of crushingly safe folk songwriters at present; in fact, Jurado’s disregard for convention and appetite for reinvention stick out like a sore thumb amongst the output of many of his contemporaries, and you only hope that this genuinely exciting voice isn’t drowned out by a thousand more with nothing to say.