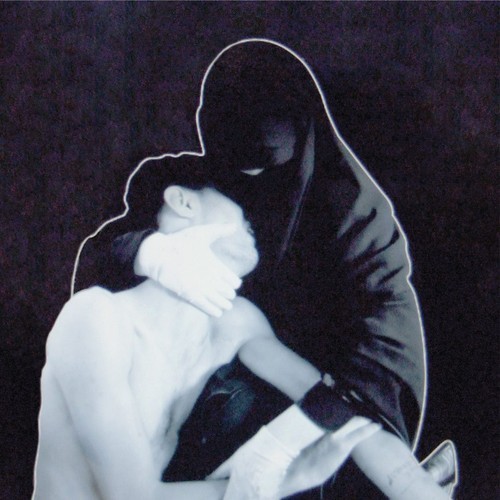 Since the first of their three self-titled albums emerged in 2008, Canadian electro-pessimists Crystal Castles have thrived on the interplay of their shadowy synthpop core and the scabbed-over crust of digi-punk noise that’s often layered on top of it.

The lacerating sonic chemistry of this Jekyll-and-Hyde death dance has been the key to the duo’s unpredictable assault, but it has left them somewhat caught between the dancefloor and the moshpit, with New Order beckoning from one side and Atari Teenage Riot stamping their feet on the other.

By the time their second album was released in 2010, producer Ethan Kath and vocalist Alice Glass had started the process of thickening their sound from a spindly glitchfest to a smoother, if equally brooding, synthpop brew. The result was warmly welcomed by fans and critics, but screeching noise sections like ‘Doe Deer’ had begun to sound like unnecessary appendages; a reminder of a chaotic past from which the pair had already walked away.

III continues Crystal Castles’ gradual recalibration, further shedding their spiny coat to reveal a heart of glistening electro and glassy, traumatised vocals. Diehards might call it a sell out, but this stripping-back process aligns Kath and Glass closer than ever to their biggest strength and truest expression – unfiltered gothic angst – despite the lack of distortion and melon-twisting breakbeats. It’s telling that the pulverising sonic battery of ‘Insulin’, the album’s sole call-back to CC’s noisemongering past, feels more affected and less honest than the apocalyptic keyboard stabs of ‘Plague’ or the undulating back-and-forth structure of ‘Wrath of God’. III presents a vision that’s as sharp and cold and oddly tender as ever, but conveyed in a musical language that Crystal Castles have always spoken more fluently.

The album’s heartbreaking cover image of a Yemeni woman cradling her tear-gassed son after a demonstration, coupled with the fact that Glass has cited “oppression” as a key theme for the record, might suggest that III has some political component, but if it does it’s undetectable to these ears. This set feels as personal and insular as ever, and with Glass’s vocals typically buried in the maelstrom, lyrical specifics are almost impossible to pin down.

The fuller, bigger sound of the tracks, for the first time produced entirely by Kath, fills the conceptual gap left by the indecipherable lyrics – if oppression’s the theme, the album’s colossal walls of sound are cast as the oppressor here, hemming in and overpowering Glass’s voice from every angle. On ‘Affection’, she’s a songbird trilling her lonely tune from the inside of Kath’s cage; on ‘Transgender’, her murmurs and sudden yelps are made more desperate by the bassy undercurrents that dominate the track from below. It’s also impossible to deny the simple aural pleasure that the duo tap into with the album’s beefed-up sound, the chest-vibrating qualities of the songs grabbing the listener’s undivided attention as well as upping the emotional stakes.

III can’t quite maintain its high watermark moments throughout its entire run-time; later tracks like ‘Telepath’ and ‘Mercenary’ come off like imitations of the better material that has come before, nearly derailing the album before closing curveball ‘Child I Will Hurt You’ sets things right with melodies that, contrary to the song’s title, are the most soothing and angelic the pair have ever produced. Still, the occasional low points of the album are slightly worrying, especially now that artists like Zola Jesus, Salem and Grimes have offered such compelling variants of CC’s graveyard vibe. With III, Kath and Glass have refined their sound to a point of supreme clarity and confidence, but its progression is essentially conservative. Most of the important work has been done here; if Crystal Castles can build on this impressive stepping stone by just adding a few more points of variation and experimentation, then IV will really be something to behold.