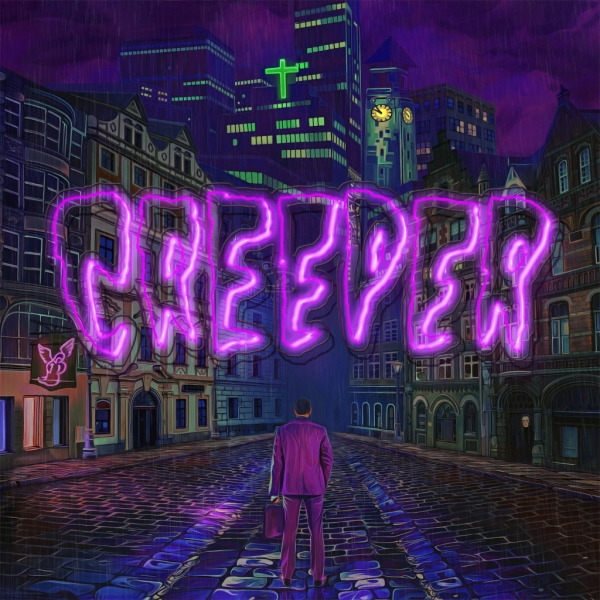 It’s rare that a debut album arrives with such a sense of occasion - but then Creeper are a rare band.

The world that they inhabit is one of mystery and intrigue, shadows and solidarity. With their debut album the band transcend their own narrative to deliver a dose of reality with enough raw power to reignite belief in even the sternest of cynics.

The mystery of James Scythe, Room 309, and The Callous Heart that unfolded on the run up to this release acted as a rabbit hole gateway into rock and roll at its most theatrical. Eternity, In Your Arms loses none of that sense of spectacle.

The stage show ready introduction of "Black Rain" arrives with a sense of pomp and circumstance so brazen it's gleeful. Lead single "Suzanne" kicks harder than ever in the swirl of the record's momentum. "Misery" is still as stirring as the first time we heard it on last year's The Stranger EP. But what Creeper offer here is so much more than a string of certified anthems (though the album works as that too).

"Young enough to still have a heart, old enough to fall apart," Will Gould sings on the record's closing track. Clinging to youth in all its wonder - through every ounce of anger, confusion, desire, escape, heartache, and every other emotion that's felt so keenly first time around - Eternity, In Your Arms revels in everything it means to be alive.

A desperate cry against growing up settling for routine, Creeper's debut album gives voice to the fear and fantasy in all of us. On "Crickets" you can almost feel the pinprick of tears in your eye, while "I Choose To Live" is ode to never losing that naive optimism of youth. "Some days I feel like crying, and I know you feel that too, but life don't seem as dark when I sing with you," the lyrics echo. It's an outstretched hand, an invitation to wear your emotions on your sleeves and step forwards with eyes and hearts wide open.