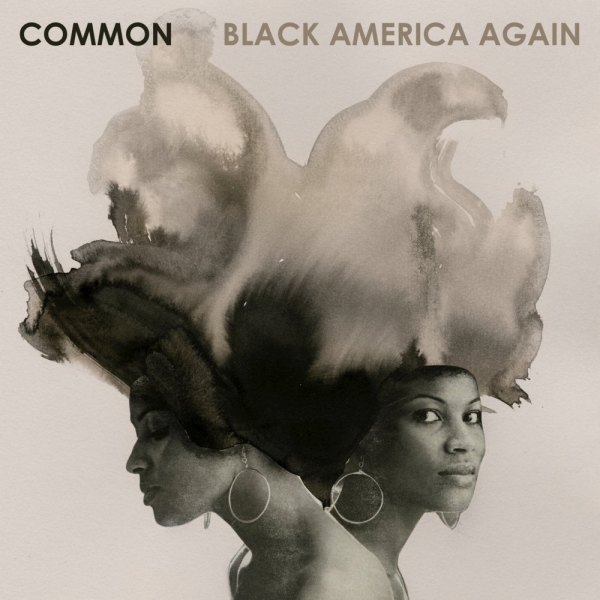 On November 9th, the day after Donald Trump won the American presidency and turned the United States into a four-year Black Mirror special episode, I needed something to restore some sense of purpose during my zombified walk around downtown Chicago.

I was scarcely able to avoid the ominous, shadow of the Trump International Tower, and the collective fatigue of such an unexpected outcome made each step feel like its own marathon. Common’s Black America Again was the only logical choice.

Chance The Rapper may be Chicago’s rapper-actor-activist du jour, and his youthful optimism is highly important in its own way, but Common still presides over his protest tunes with an old world grace and steely strength that feels oddly calming in these uniquely turbulent times. Given how unorthodox 2016 has been and how much more unorthodox things are going to get, we need someone who has been fighting for decades to tell us the importance of continuing to fight. The rapper knows his duty to educate and inspire the public, and Black America Again his best album since 2005’s seminal Be.

The record is produced almost entirely by Karriem Riggins, a Detroit-based jazz and rap musician steeped in the muscular, economical sound of artists like J Dilla and Slum Village, giving it a terrific sonic cohesion that scarcely has time for pleasantries. There’s a lot of tough love from the 44-year-old rhymer on his eleventh LP, and even the album’s quieter moments aren’t allowed to become outright escapism.

Common is a true intellectual and a master of subtlety when the situation calls for it, which it rarely does in this climate. The album’s title track, a Stevie Wonder-featuring stump speech comprised of the myriad of injustices faced by African-Americans as well as a call to arms, name checks everyone from Trayvon Martin and Sandra Bland to Cory Booker and Ta-Nehisi Coates. It’s a stunning turn from Common, rapping with resilient strength despite 20-plus years as a mouthpiece for equality.

“Instead of educate, they'd rather convict the kids / As dirty as the water in Flint, the system is / Is it a felony or a misdemeanor? / Maria Sharapova making more than Serena / It took Viola Davis to say this / The roles of the help and the gangstas is really all they gave us”, he raps in one truly mesmerizing verse.

Perpetually underrated R&B singer Bilal makes four appearances on the album, being deployed to add a bit of soulful serenity to Common’s message of mobilization. A true utility player, Bilal adds a spiritual hum on “Home”, and a resilient battle cry on album closer “Letter to the Free”.

“Home” is particularly resonant, as Common’s message doubles both as a retrospective on his own rise-fall-rise career and the state of black activism after more than half a century of fighting against the current. Common knows how much work is ahead, but despite the unprecedented present circumstances he still sees the parallels to past battles.

“Freedom riders need passengers / In your lyrics use scriptures and passages / To make them rise like Lazarus and resurrect it again / They'll put disrespect on your name and respect it again”, he spits in the third person.

Not every track on Black America Again is a clarion call, and Common dots the landscape with a few neo soul love songs that dip only slightly into activism. He picks the right collaborators for these tracks (Marsha Ambrosius, Syd from L.A. band The Internet), but their late night lounge sound is too lackadaisical and feels like time that could be better used for Common’s more baldly political bars, although perhaps the desire for an all-protest album is a concerning sign of the times in itself.

There will be plenty of important political rap coming in the near future, but it is unlikely that much of it will match the cohesion and clarity of Common’s vision. If that’s not enough to make you listen, remember that he was the one who hipped us to Barack Obama way back in 2004.