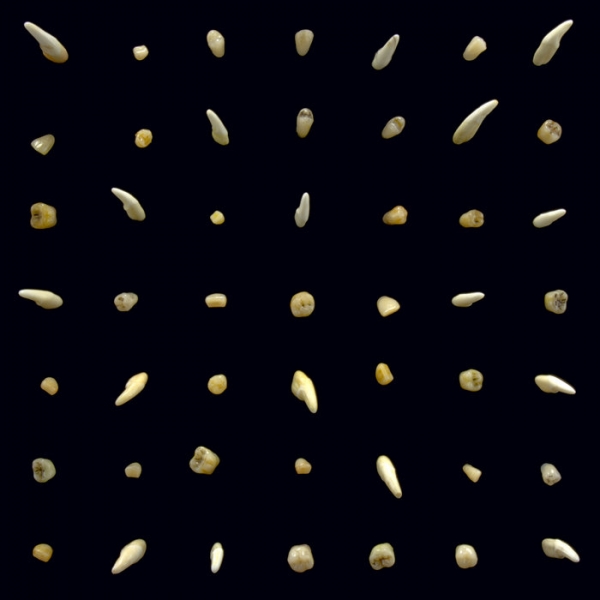 Clipping exist at the intersection between the exigent and the abrasive. The trio, comprised of Daveed Diggs, William Hutson and Jonathan Snipes, are renowned for their caustic and cerebral releases which cut to the bone of modern hip-hop, revealing the gnarled viscera beneath.

There Existed an Addiction to Blood - released in October of last year - was no exception. A thrilling and brutish record, Clipping’s third full-length studio work obsessed over murder and monstrosity whilst gleefully invoking tropes of '80s slasher flicks and horror fiction. It’s a shimmering, hallucinatory example of modern horrorcore but one that didn’t seem to scratch the trio’s festering itch.

Serving as a direct sequel to There Existed an Addiction to Blood, and arriving less than a year later, Visions of Bodies Being Burned sees clipping clawing at that itch, and though it shares themes and ideas with its predecessor, it still manages artistic distinction.

"Intro" instantaneously establishes a menacing tone with what sounds like a cavernous beast encroaching closer and closer before giving way to single "Say The Name", a deceptively catchy exploration on the finer points of lust, wearing someone else’s skin and the antichrist. Ominous clarity also hangs across "Pain Everyday" as it flits between a scarcely perceptible gothic choir and fractious breakbeat rhythms. Deliriously chaotic; the track bursts and unfurls with all the malevolence and drama of an exorcism.

"Check the Lock" is another highpoint on the album and documents the paranoid delusions of a drug dealer plagued by threats both true and imagined in and around his house. The track is ruthlessly regimented and peculiar off-kilter percussion grounds the haunting bass lick and echoing synths.

"Looking Like Meat" features some of the most relentlessly overexposed electronic drum loops on any experimental release in recent memory. It’s an exacting and malicious piece tethered by Diggs’ rancourous lyricism and demands to the listener. Influences from the likes of Tim Hecker and Emptyset can be felt across "Eaten Alive", another track which contributes significantly to the tonal variety felt across the release and one decidely avant-garde in approach.

What you should get from this is that where There Existed an Addiction to Blood succeeded, so too does Visions of Bodies Being Burned. However, it also falls into the same pitfalls. The frustrating bloated quality has carried between releases and there are several tracks which add very little to proceedings.

"Invocation" for example, is little more than a painful irritation which forces you to adjust your volume or risk the very real threat of tinnitus. Whilst "Secret Piece" feels like something of an afterthought, a track tacked onto the end of the album which feels neither thematically consistent or that interesting. It’s irritating as these additions add very little and mean even less.

Visions of Bodies Being Burned, like its predecessor, is macabre and monstrous in all of the ways that your leering curiousity would have it. It’s a taut exploration of hatred and hostility, one which stands shoulder-to-shoulder with its demonic older brother.