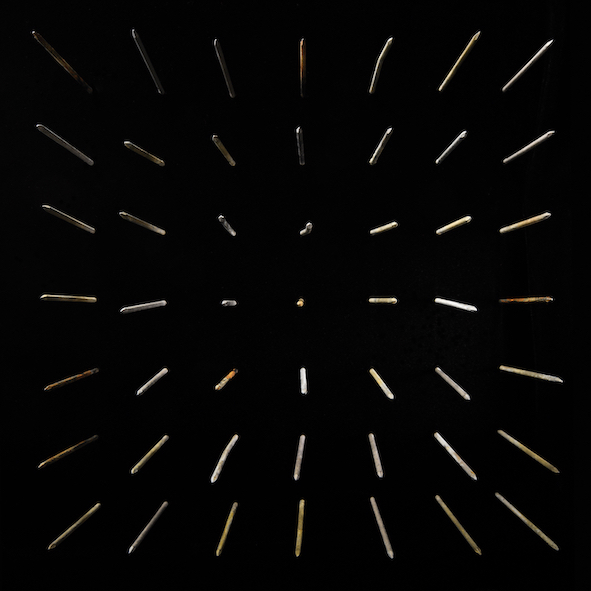 Across the face of modern hip-hop, few are currently innovating in quite the same way as Clipping.

A group invested in the continual transformation of their sound, they have released several critically acclaimed efforts and received plaudits and nominations for their efforts across concept and standalone albums in kind. For their latest release, There Existed An Addiction To Blood, the group have turned their gaze toward reimagining and revitalising horrorcore.

Horrorcore is a category of hip-hop typified by a thematic focus on the content of horror films and the oppressive brutality within and, to this end, it always felt like Clipping were headed in this direction. However, what remains so startling about There Existed An Addiction To Blood is just how successfully Clipping draw from the well of all things gruesome and malevolent.

Single "Nothing Is Safe" addresses this almost immediately. Ripped straight from the beating heart of a '70s slasher flick, the piece is bristling with Daveed Diggs’ scathing world-weary lyricism and theming, curtailed only by the trap-infused beats of producers William Hutson and Jonathan Snipes. In spite of its sinister undertones, it’s certainly one of the album’s most approachable pieces, in spite of its clear parallels with the 1978 classic, Halloween.

This merges neatly with track "He Dead" which features the off-kilter delivery of guest singer, Ed Balloon. Another standout piece, the track is consumed almost entirely by the inevitability of death. Existing on all sides, with Balloon constantly invoking death with the repetitive claim that “He Dead”, whilst Diggs’ effortlessly deconstructs all things in life which could give it meaning.

"Blood of the Fang" is also surreptitiously excellent, with the underlining sample continually demanding that “there existed an addiction to blood”, it is genuinely tyrannical in its inferences. This goes hand in hand with the swirling, bubbling broth of the synthesisers beneath to create an effect which is as impressive as it is disquieting.

The only significant criticism that could be levied against Clipping’s latest is that it runs a little longer than it should due to interlude pieces which don’t always add a great deal to proceedings. The album closes with an 18-minute piece of a piano burning which although moves to reinforce the overall concept of the album, does feel a little heavy-handed.

With There Existed An Addiction To Blood, Clipping have artfully seized upon the viscera of the horrorcore genre, creating an album which is both disheartening and sonically intriguing. It is yet another successful experiment for the group and one of the eeriest examples of modern hip-hop to date.