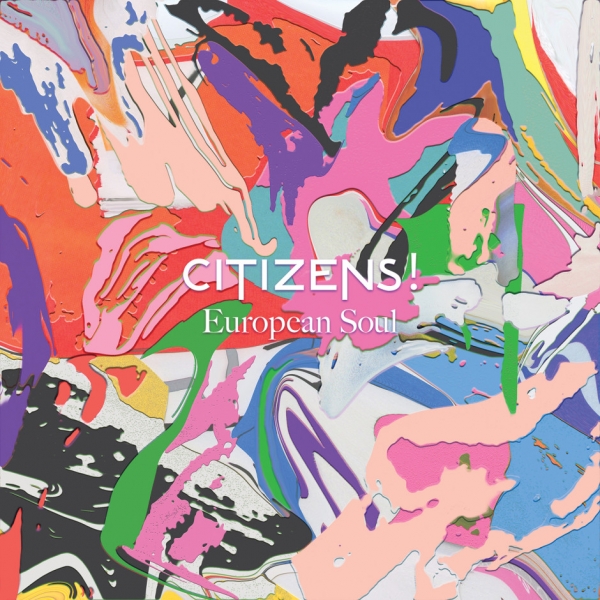 Starting with the demo that convinced Franz Ferdinand’s Alex Kapranos to produce their debut record, Citizens! have always operated in the slightly seamier corners of pop. On “(I’m In Love With Your) Girlfriend” from that first LP – 2012’s Here We Are - even Tom Burke’s saccharine-sweet voice can’t atone for the sleaze behind lines like: “I’m in love with your girlfriend/I took her number from your phone.” The music might be sugary enough to give you diabetes but you’ll probably die of a broken heart anyway.

This time around the London fivesome have dialled down the pickup artistry but pumped up the volume. European Soul comes off like a concerted effort to craft neon-tinged dancefloor fillers for the masses. Gone is any lingering semblance of malice, danger or perversion; these are ostensibly feel-good songs honed for gigs and parties. Largely absent too are acoustic drums, often replaced with the synthetic variety. The result is an album that sounds even shinier than its predecessor.

Ironically then, for all their newfound respectability, Citizens! have actually delivered the perfect accompaniment for glassy-eyed casual sex, American Psycho-style. There’s little intimacy here, but this isn’t necessarily a problem; sometimes the best pop music doesn’t need to be emotionally processed or especially deeply contemplated (though here it’s hard to avoid mulling over comparisons with the work of fellow indie disco outfit Phoenix).

No matter whether inside the bedroom or out of it, a little too much of the record - from the house-style keys of “Lighten Up” through to lost-on-a-tropical-island closer “Idiots” with its calypso rhythms - ends up receding into the background when experienced start to finish. In the past Burke and the band have talked about wanting to release an album that could pass as a “greatest hits” release, chock-full of anthems. Considered on those terms, it’s not surprising that the whole of European Soul is less than the sum of its parts.

To be sure, there are some first-rate potential singles hiding amidst the bombast. You can picture the beach balls bobbing around a summer festival crowd listening to “Are You Ready?” with its gargantuan synth lines and wailing call-and-response chorus (“Shoot at the sun/hello!/are you ready?”). The chic mid-tempo minimalism of “European Girl” provides a welcome change of pace, even if the background refrain feels faintly patronising (“She don’t need no chaperone”). Elsewhere, the bass-heavy retro-futurism of “Trouble” is great fun, along with the outlandishly catchy “All I Want is You”.

In the meantime, whether all of this makes for a compelling sales pitch probably depends on whether an album is supposed to serve any greater purpose than soundtracking a summer of festivals, barbecues and of course, glassy-eyed casual sex.