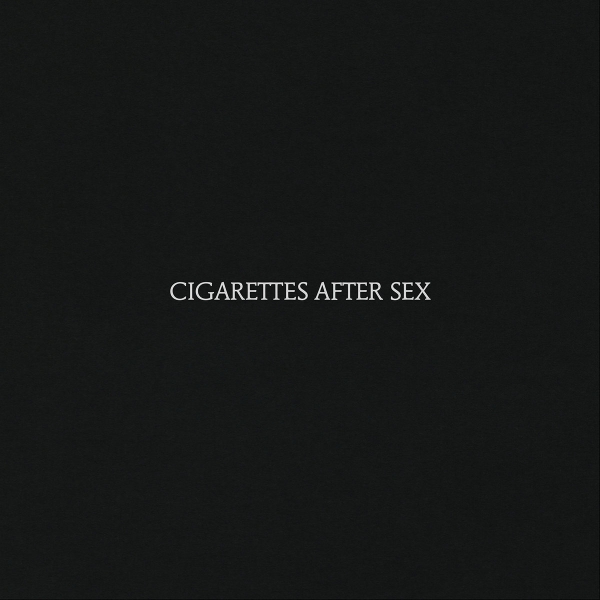 Perhaps no band working today makes music that better fits their name than Cigarettes After Sex.

Their self-titled debut album, which comes almost five years after their breakout EP I., is a collection of musings on romance and eroticism that have the languid pace and frank tone of a post-coital haze.

“Ethereal” is one of the most overused words in music criticism, but it would be impossible to discuss this record without it, as Greg Gonzalez’s reverb-cloaked vocals mingle with gentle yet resonant string, bass, and guitar parts that are pleasingly abstract and impressionistic.

Sex is at the core of plenty of good indie rock, but it’s rarely discussed this plainly, making the band's self-titled debut a true novelty. While some bands struggle to capture the complexities of physical intimacy (i.e. The Neighbourhood, who have been trying and failing for years to make records equal parts sordid and candid), Gonzalez’s delicate voice is naturally suited to broaching delicate topics with deft and occasional humor.

Cigarettes After Sex are often billed as “ambient pop”, a label which does somewhat of a disservice to Gonzalez’s penchant for pretty, lilting melodies, as well as the band’s other members, Phillip Tubbs (guitar, keyboard), Randy Miller (bass), and Jacob Tomsky (percussion), who form rich, texturally fascinating progressions on nearly every track. As a listener, you can let the album wash over you, an easy enough task given the tempo rarely fluctuates and the tick of Tomsky’s cymbals feels like a metronome throughout the entire record, but this is a record that only gets more interesting as you invest more of yourself in it

Highlights like the gaunt, dusky “Flash” or the elegant “Each Time You Fall in Love” are hypnotic and elegiac, but the hooks are splendid examples of pop songwriting. The former opens with no instrumentation besides Miller’s bass and Gonzalez’s vocals, which work off of each other gorgeously before waves of guitar punctuate the abstract imagery of the chorus (“You’ve got to do the right thing, do the right thing, baby/You’re the white swan in the photograph”). The entrancing strings on “Each Time” echo Beach House, and the story is a grimly funny epilogue of a relationship gone bad. “She took you for a ride in summer, baby/Lost all your money to her/All I wanna know is if you love her/How come you never give in,” Gonzalez wonders.

At times, Gonzalez’s penchant for dramatizing and confessional nature work almost too well, and you get the feeling you’re hearing something that was only meant to be shared between two people. On “Sweet”, he brings us into his world through vignettes of videos the song’s subject has sent to him, a modern romantic flourish that feels like it could’ve fit into this season of Netflix's Master of None.

“Watching the video that you sent me/The one where you're showering with wet smile that does it for me”, he sings on the opening verse. It’s a little clunky and uncomfortable, but also rather visceral.

On “Truly”, Gonzalez shows that same eye for personal detail as he does on “Sweet”. The song is ostensibly about establishing that being in love is not a prerequisite for making love, but Gonzalez is clearly enamored with his memory of the character who inspired the track. “Said you wear a new perfume for each city that you visit/So you can always remember how it felt to be there”, he reflects.

Gonzalez has spoken about how much it means to him when fans tell him that Cigarettes After Sex’s music has helped them to overcome sleep anxiety, and it would be fascinating to hear the band use their current formula to explore topics beyond romance. Still, nostalgia for past love is practically as universal as anxiety, and it’s impossible to imagine someone hearing this record and not being transported by at least one of the band’s intimate anecdotes.