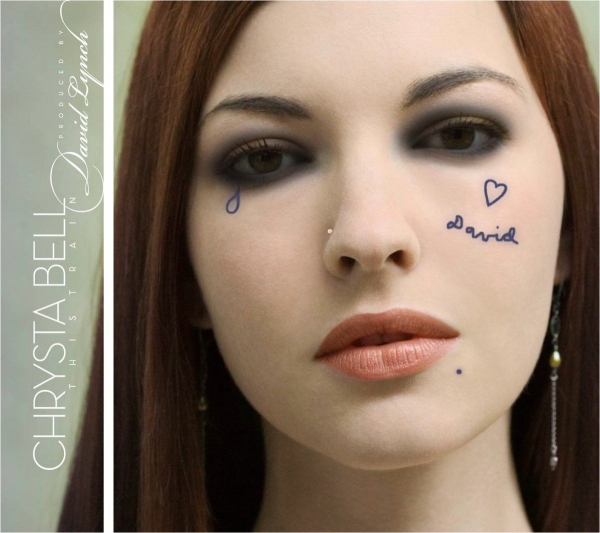 As with pioneers of their specialist subjects Sigmund Freud and Kraftwerk (among many others, naturally), David Lynch is a name for whom ‘-ian’ can be added to create a now familiar term describing his unique vision. A vision not only seen through his own eyes, but through a cult-collector’s catalogue of moving pictures and music projects that allow others to experience his iconic, hazy filters. This Train, the debut album from Chrystal Bell and produced by Lynch, is undoubtedly Lynchian. Travelling a dream-like line, powered by simple percussive beats and passing colours audibly affected by the wind, ‘This Train’ crosses his technique with Bell’s sultry songs (somewhere between Joni Mitchell and Annie Lennox) to create something atmospheric, and fairly tranquil.

This Train is not electric, but is instead a steam-powered engine, made up of classic machinery but with glimmers of modern amenities, gliding along rails to ensure a smooth and steady journey. The title track offers the theme on a plate with an even more unashamed overt use of imagery than my own. Opening the LP with a deep steam whistle and using looped chugs to create a rhythm, “the horns blow out a warning” according to Bell in one of many train-based lines, which also includes, “This train stops for no one, yet we’re all aboard.” In many ways it’s this line that sums up the album, as the album plays along in a very similar style, with few other possible changes (in sound or style) until the train terminates with “The Truth Is”, which offers the most upbeat moment of the collection. Trading the imagery and mystery of earlier songs for simple lines (“The truth is I care, the truth is dream of you, the truth is I can’t live without you…”) and an almost dance-friendly beat, it’s as if a grey journey from has brought passengers to the bright lights of a big city.

(And here endeth further terrible train puns.) Before that, however, Bell and Lynch’s sometimes soothing marriage of minds can verge on sleep inducing. As airy and mysterious as “I Die” and “Down By Babylon” are, they struggle to capture attention. Thankfully, there are tracks that, while not quite as positive as “The Truth Is”, are able to slightly alter the course. “Swing With Me” is a seductive number, with a heavier beat and a playful guitar offering more of an input than it’s allowed elsewhere. It highlights Bell’s passion as a person and a performer, and is reminiscent of Goldfrapp’s earlier work, when Alison would appear to pleasure herself with a synthesizer inbetween tracks that were equal parts velvet and electricity. “Come on and do me right,” Chrysta’s echoed vocals cry. “Real Love” is also early Goldfrapp-esque, giving the impression of what the band covering a T. Rex track, and drenching it in jazz-funk, might have sounded like. “Friday Night Fly”, with its stories of boys and girl in cities, successfully creates the excitement and the tension for that aforementioned departure somewhere new and buzzing. (Technically that’s just a reference to an earlier sort-of pun…)

Lynch features on “Bird Of Flames”, opening the track with a monologue delivered in a deep whisper before Bell and a flutter of hi-hats enter, where she repeats the lines. Sounding like something that may soundtrack of one his films, lines about “fun and games” are given spooky connotations as the music builds, making for a truly cinematic experience. It isn’t one of Lynch’s most memorable movies, but This Train is a pleasing introduction to Chrysta Bell, proof that the Lynchian technique is a moving one, but also further evidence (as with The Big Dream and Crazy Clown Time) that his vision is best shared when we can see it too.