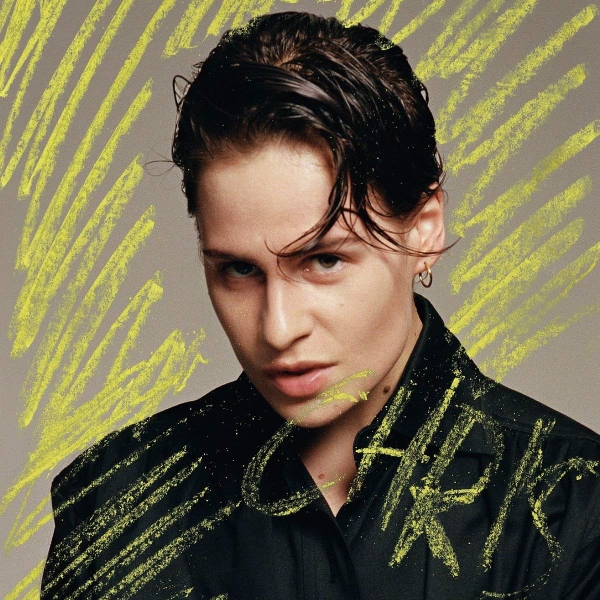 Before Christine and the Queens became a household name. Before her debut album Chaleur Humaine went platinum, with Top 10 status in both her native France and the UK. Before she was selling out two nights at Brixton Academy. Before all that, “Christine” was a suit of armour for Hélöise Letissier.

After years uncomfortable in her own skin, a chance encounter with a group of drag queens led to the birth of Christine. Through this new guise, Letissier felt more comfortable unveiling who exactly she was. With Chaleur Humaine, she was able to convey the loneliness of a woman who felt lost, constrained by society’s ideas of gender.

To her surprise, it’s a story that captivated audiences across the world. A natural performer with the most distinctive choreographical style since Michael Jackson, she became a shot in the arm for pop music that was lacking truly groundbreaking artists.

By that Glastonbury performance in 2016, Christine had truly arrived. Her story of discovery and acceptance was now in the ears of millions of people rather than fluttering about on the fringe. She was becoming more and more powerful.

Just as soon as Christine had arrived, however, Letissier found the skin she’d grown to know no longer matched what she wanted. She realised that, now she was no longer on the fringe, she could truly disrupt the status quo. The softer edges were cut away to create something that truly exuded the power she felt. Her spectacular second album, Chris, is the story of that.

By crossing out “-tine and the Queens” and becoming Chris, as well as leaning into the masculine, she has found a self-directed way to turn society’s weapons against itself.

The notion that society judges women for owning their sexuality is not new. Just think back to the furore surrounding Beyoncé’s “Partition” or Rihanna’s “S&M”. Both are songs about lust without restraint and yet that’s somehow considered less acceptable than, say, Nine Inch Nails’ “Closer” or any of the other myriad male musicians being lauded for their hedonism.

Chris (both the persona and the album) is an attempt to change that conversation for the better. Like Sigourney Weaver before her, she uses a more masculine guise to reap the benefits of male privilege and sabotage, from the inside, society’s expectations of who a person should be. But where Weaver was armed with a flamethrower and a Power Loader, Chris has an arsenal of funk-laden pop behemoths. She’s ready to fully demolish gendered preconceptions and dance on the ruins.

It’s a glorious evolution of her sound. Where Chaleur Humaine was softer, more melodic, building delicate moods as on “Jonathan”, Chris is as charged as it comes. There’s no restraint here, because why the hell should there be? The edges are rough and ragged, the beats funky and filthy.

“Girlfriend”, a track about upsetting traditional gender roles in a relationship, is a silky smooth Janet Jackson-style pop stomper. Meanwhile, “Goya! Soda!” and “What’s Her Face” unlock a more vulnerable side of Chris. Across the album, she has a real knack for flicking between styles to convey her message the right way.

“What’s Her Face” is a particularly devastating cut, in which she sings, “My name became a slur,” stating that she is “forever what’s her face”. It’s beautiful and heart breaking, in stark contrast to the no-fucks-given attitude that permeates the rest of the album.

No matter whether it’s the more sexually charged, bass driven epics, or the quietly arresting tracks, Chris’ raison d'être is the same. She’s no longer hiding away but inviting you to come closer and discover every little detail and thought, whether you like them or not. Because they belong to her, not you, and she wants to make that very clear.

It’s hard not to sing the praises of Chris. Like Janelle Monáe, she’s one of the very few popstars who are using their position to make a difference. Chris is the sound of an already accomplished artist pushing things even further, exploring new territories rather than resting on their laurels.

Like Chris’ persona, the album is lean, unashamedly self-aggrandising and thrillingly audacious. Here, pop is a transformative power. Subverting male privilege to her own advantage, Chris has built an album of tunes that could not only top charts, but also change worlds. Radio-ready and built to disrupt, Chris rails against patriarchal preconceptions and tackles gender on its own terms, embracing Letissier's strength and hopefully inspiring more people who feel marginalised to do the same.