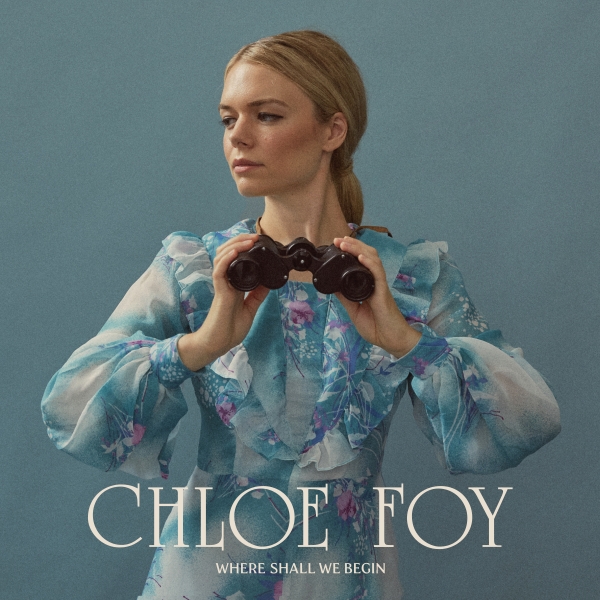 It’s so easy to fall in love with Chloe Foy’s music. Her voice harbours millions of individual emotions, spanning from grief to love, love to peace, and peace to bitterness - whilst sheltering everything between and beyond - within her words. So, it would be wise to assume that on her debut, Where Shall We Begin, sensations run wild, and are etched into every note on the record.

A decade in the making, Where Shall We Begin, captures Foy’s experiences up until this point. From sadly losing her father, to trying to keep herself afloat striving to share her craft with the masses, Foy’s experiences have shaped every moment of this album, and is a complete and heartbreakingly bold body of work.

And so, as the record begins, we’re thrust into a blissful breeze, carried along on the whim of the music, occasionally hitting rockier paths where the bliss starts to break, but nevertheless, it’s still beautiful.

The titular track opens the album, a beautiful mix of dulcet guitar, almost silent keys, and Foy’s singular vocals. Although seemingly beginning simple, as it progresses the song swells into almost angelic choruses, rising swiftly, and falling again, allowing just enough time for a full appreciation of the moments magnificence.

It’s in these contemplative moments where this record really shines. Each track carries a pensive quality, offering moments of deep thought, allowing you to truly understand the depth of Foy’s music.

No track proves this more than the sombering “Bones”. With rich layering, this track is entranced with a melancholic and sinister quality, given to the song via the daunting string progression and Foy’s raw harmonies. There’s chaos behind the calm, and it almost breaches the surface.

As for the rest of the record, it’s a charming body of work, detailing all the hardships Foy had to go through to get to this point - capturing a whirlwind of sentiments within ten tracks. “Deserve” offers up ethereal acoustics, and truly powerful vocal deliveries, whereas “Evangeline” takes a more country approach, with western rhythms and twinkling keys. Album closer “Square Face”, is a sublimely bittersweet ending to the record. With an acapella midsection leading into an elysian orchestral climax, an enchanted ending to a near perfect record.

Where Shall We Begin is a must listen. It takes your hand from the offset, guiding you over each obstacle found on the album and gently lifts you down onto a bed of understanding at its end. Truly beautiful stuff.