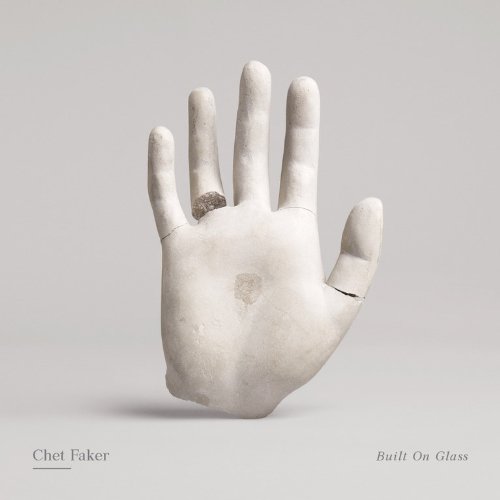 Getting noticed isn’t hard nowadays. In fact, if you’ve been sat at your computer for over 15 minutes and haven’t become an internet sensation already, then you’re probably doing it wrong. Anyone could pick up an instrument, put a donk on it and be pipped as the next big musical “thing”. What is difficult, however, is making that hype last. Preferably long enough to leave a lasting impression longer than the time it takes for your mind to melt whilst watching videos of kittens in cups.

(Half of those reading this will have already diverted their internet browsers towards something more feline orientated, so if you still with me, thanks.)

Australian electro-soul artist Chet Faker knows a thing or two about internet success after his cover of Blackstreet’s R&B classic “No Diggity” went viral and launched him into orbit somewhere in the upper hype-o-sphere in 2011. A year later, Faker got a little bit of extra exposure after his cover got airtime during a Super Bowl commercial. He also won two Australian Independent Records awards and a Rolling Stone Australia award, and last year he collaborated with deep house maestro Flume – one of the biggest producers in Oz at the minute. Not bad for someone who, at the time, only had one EP to his name.

Taking his moniker from a witty homage to legendary jazz icon Chet Baker, Melbourne’s Nick Murphy is far from shy in acknowledging his inspirations. The artist often cites his musical personality as being the offspring of his mother’s love for Motown and his dad’s frequent habit of playing Ibiza chill-out CDs around the house. It’s no surprise then that on his debut full length LP, Built On Glass, the singer and producer battles with a knack for soulful vocal hooks and a talent for deep and down-tempo electro-centric aesthetic.

As such, this is an album of two halves. The album starts with the lingering piano chimes and lazy bass slinks of “Release Your Problems”, a customary mood setter for the minimal instrumentation and languid jazz tropes to follow. This makes way for Murphy to reintroduce his best asset: his vocal range which in previous excursions had been served as a moreish accompaniment to the main attraction of noisy production values.

This isn’t to say that Built On Glass lacks any instrumental dexterity, far from it. Despite being a frequent collaborator on previous outings, Murphy’s own production credentials have never lagged too far behind his vocal strengths, as proven on his seminal EP Thinking In Textures. However, this time around, he doesn’t force the issue quite so much. Each song has its own sound and at no point does the music strive to go anywhere it doesn’t need to: warm waves of oriental brass wash over “Talk is Cheap”; blobs of dub-bass are dropped with precision throughout “Melt” (which features the amazing Kilo Kish on vocals); and a sulking bass line ambles down the bluesy “To Me”. Instruments don’t jostle for position and all styles fit snugly in their place, giving a depth in variety as well as a sprightliness in mood to an album that could so easily have been condensed with over-production.

On the second half of the Built On Glass things do get a bit more adventurous. On an interlude simply titled “/”, a sonorous hypnotists voice drones the words that give us the message: “This is the other side of the record. Now relax still more and drift a little deeper as you listen.” Naturally there is an overlap of styles between the two halves of the album, but if the first half of the album paid testament to Murphy’s soul and Motown influences then the second half is the product of his immersion in the effortlessly rhythmic sounds of downbeat Balearic vibes.

These tracks would slot easily into any arcane DJ mixtape out there, and they certainly hold their own when propped up against the work of current DJ-cum-album-artists of the Four Tet or Caribou ilk. “Blush” combines looped synths and chunky bass lines which clot together into a churning melody and, as the vocals kick in, the flow of the music halts, allowing for a brief moment of lyrical clarity before words get vocoded and melted into a visceral crescendo. “1998” is an altogether more buoyant affair which blends warm glows of synths and a house inspired lead piano with tropical beats and a mash of vocal samples. Elsewhere, a lashing guitar lick slices through the bitter-sweet vista of “Cigarettes and Loneliness”, while electronic beats shuffle and Murphy pines on of the pains of separation.

Built On Glass has all the makings of any good pop album. It is easily accessible and at its helm is a singer with enough Saturday night talent show appeal about him to reach out to the listening public at large. There’s a little bit of Jamie Cullum about it all, but it’s Jamie Cullum with a beard and tats, and less of that yuppy private school boy thing going on. Because despite having the kind of voice that would make your mother go weak at the knees, Chet Faker also has a strong left-field sensibility that appeals to those more discerning music aficionados out there. This record is intelligent, succinct in its ambitions, and more than anything, it’s pretty bloody cool. But being cool must come easily for someone like Nick Murphy, who against all intents and purposes has been going with the tsunami sized flow of his own hype for the best part of three years now. After Built On Glass it is safe to say that he has deserved every minute of it. As if we didn’t already know.