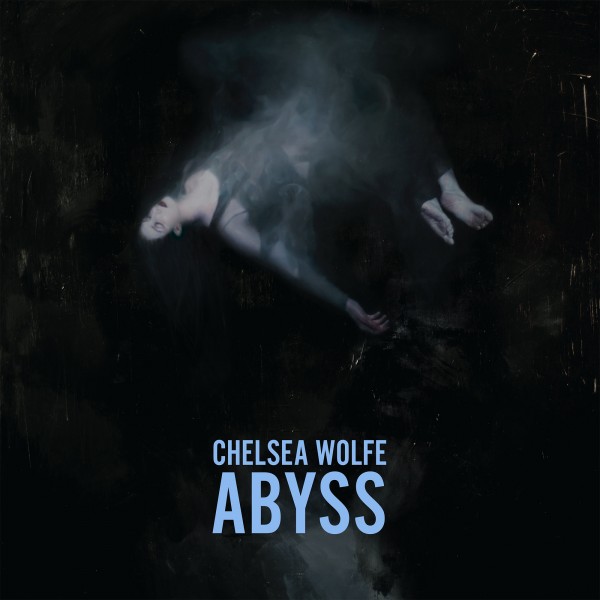 Perhaps it is best to think of Abyss’s defining feature — the massive, coffin-nail pounding, beast-rising-out-of-the-sea slogging, doom-heralding shagreen riffs which serves as its spines, telsons, embrace, and bone-blunted fangs — as armor; armor with which Chelsea Wolfe is fully confronting the darkest aspects of her canon thus far, dragging them from out of the periphery.

After all, one requires armor both to descend into the abyss or rise high enough, fast enough, violently enough to escape it, as well as to battle monsters; it is the protection, weapon, and equalizer, and of course traditionally rendered in metal.

Plagued by sleep paralysis, which chokes the eventide with paranoia and demons, and subject to the same heartbreaks and sufferings of the human condition as any of the rest of us, with Abyss Wolfe puts front and center this darkness and uses it as both a bludgeon and catalyst. The gritty funeral dirges are the album’s sonic trademark and ligament, plodding in the sense that a monster or colossus or god or great machine is plodding, carrying within them the inevitable exigency of any of these; these muscular throes sweep through the album like black rivers, and they are, in their rhapsodic and terrifying immensity, like an Isambard Kingdom Brunel masterwork, miniatures abysses in and of themselves, enormous and horrifying, beautiful and inspiring all at once. They sound like the death rattle of an enormous beast.

More impressive than these savage runs and assaults are the deftness with which Wolfe avails herself of them; far from one note — simple aggression — Wolfe harnesses the savage, almost atavistic sounds she's unleashing and imbues each with distinctive properties capable of a surprising variety of affects.

“Carrion Flowers,” already scoring glimpses of apocalyptic zombie dramas, moves with the dread feeling of organic machinery one finds in the works of H.R. Giger; it sounds practically powered by steam, and when the inevitable power of the black river runs through, batters up against the listener like breakers on a rocky shore, one can be forgiven for feeling, somewhat exhilaratingly, as under attack.

Juxtapose the breakers with the ascending fuzz of “Iron Moon” — in which it feels as if Wolfe is constantly working out of one abyss, slowly and with great pain and pulchritude, only to be lofting into another, as if climbing out of a spider hole which opens into the exosphere — and Wolfe’s unholy ability to commune with, and command, distortion becomes clear.

Abyss is built around dichotomy: sleep being stress, doom becoming hope, and, most obvious of all, the quiet/loud dynamism which powers the album. Add to the contrasting mix as well Wolfe’s voice, clear, knifing, and ethereal as her guitars are opaque and ragged. One never gets the impression that she's battling against or drowning within her riptides; instead the vocals and guitars assume a kind of subservient relationship, the voice somehow calling, from out of the void, the raging whorl.

“After the Fall” serves as perhaps the best microcosm of Abyss’s structures and strengths. Stripped of its flesh and bones and left nothing but a heartbeat, the song tosses on leering, slasher flick score swells and a calamitously building sense of forthcoming eruption before escaping into a shimmering, eerie elysian moment of gentle notes, points of light — bioluminescent jellies in their abyssal home — before crashing down, with violent urgency, upon those tiny lights and us.