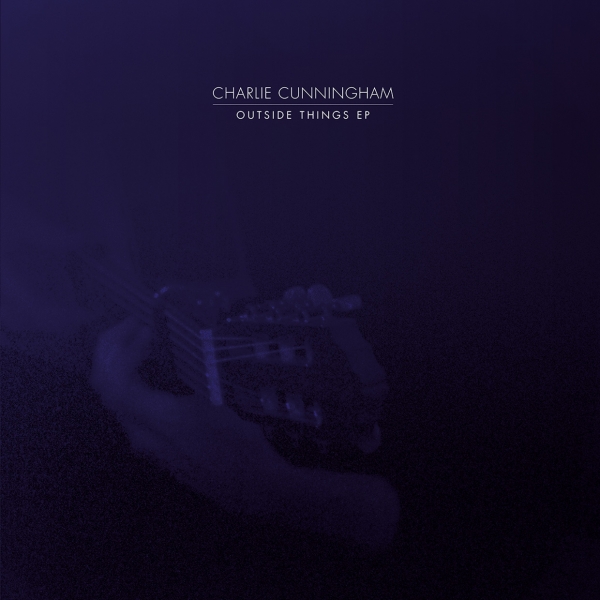 With a style of guitar playing so unique to his genre, you’d almost think Oxford based singer- songwriter Charlie Cunningham has transported you to a small village in the likes of Spain. Cunningham is a fresh talent, proving to be more than just a man with a guitar and a voice; a regularity that we have become all too familiar with. His new and ambitious EP Outside Things combines beautiful, yet honest song-writing with such percussive guitar playing that he truly stands out from the crowd.

Title track “Outside Things’” premiered on Best Fit back in September this year; the lyrics are from the perspective of a newly born baby. It’s a time that occurs in everyone’s life that cannot be remembered or recalled, this therefore, explorative aspect to his song-writing shows the depth Charlie Cunningham has to offer, unlike so many artists of his type. The song manages to convey an impression of diving in and out from the confusion of that foreign experience in such a compelling nature, accompanied by intense vocals playing on the track’s intimacy. “Outside Things’” carries with it a strange sense of longing, which is continuous throughout the EP.

“In One Out” is the first track to be heard on the record; it’s melodic, but profoundly sombre and relatively dark sounding. The finger-picked guitar behind the vocals is hypnotic. There’s a slight step away from this intensity of the opening track and that of the title track in “Lights Off” and “Plans” - the second and fourth tracks on the EP. With far less movement there’s time to breathe between songs, it really helps to make each one stand out in their own right. During both of these tracks Cunningham creates moments of silence, with constant breaks where everything comes to a brief halt – if you heard these tracks live you’d want to be situated in an intimate and silent setting.

The Outside Things EP not only demonstrates Charlie’s impeccable writing ability, but his intricate and skilful playing technique, developed and picked up from his time spent in Seville, along with showing off his individual voice. Through the EP Cunningham’s percussive, yet flexible guitars playing technique is something to be whole heartedly admired. I think there’s a very clear and strong coherency to Outside Things, and it certainly shows real promise for what we can expect from Charlie Cunningham in the future as he continues to move forward as an engaging singer-songwriter.