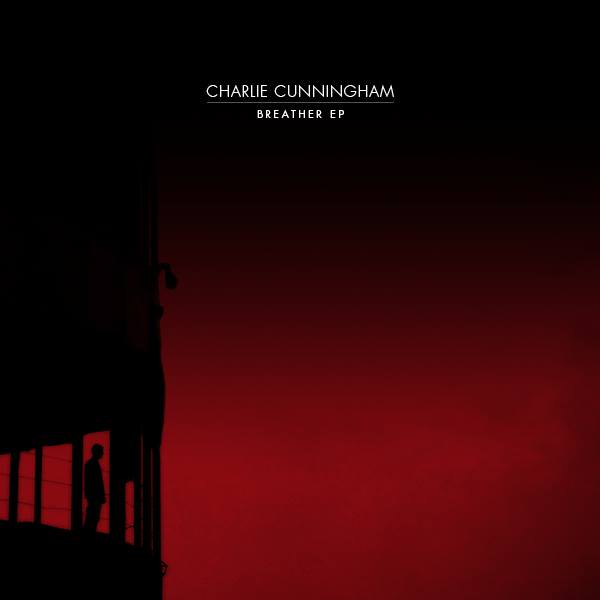 ​The cover of Charlie Cunningham’s second EP Breather features a man made small by the size of the tower he’s standing in looking out at the scenery beneath him, a cutting black outline in a sea of red shades that that recall the last gasping moments of dusk. He could be anywhere. He’s a man without a place. It’s a position the Bedforshire-raised, Seville-schooled, London-based artist may relate to.

His debut EP Outside Things, a beautiful blend of Spanish guitar and impassioned vocals, also resisted convenient placement - there is no “flamenco folk” bin at your local record store, after all. Perhaps as a result, Cunningham’s percussive playing has become a point of emphasis in press releases, blog posts, and even on the cover art for Outside Things, which displayed his hands on an acoustic, capo draped over the guitar’s neck. If you’ve heard of Charlie Cunningham, you’ve likely heard about the rhythmic style he honed in Seville.

On Breather, though, that emphasis seems to have been pared back in the service of the four songs presented. His favorite drummer is still the palm of his hand pounding on the body of his guitar, but the intricate fingerpicking and space-filling rhythms of his first work are only flirted with (most notably on “Lessleg” and title track “Breather”), not fixed upon. All of the elements that make Cunningham’s guitar playing special—the light strum-slap of the strings, the unique chord voicings, the pitter-patter of skin and bone on hollow wood—are here, sure, but they’re incorporated so naturally that the songs are allowed to build, breathe, and sway, stretching against their sub-fifteen-minute runtime.

The thematic undercurrent running through all this impressive guitar work is surrender: to a friend, to an enemy, to a night, to yourself. On the title track and opener, Cunningham implores a friend to “leave the rest with me, maybe permanently, treat it like a well-deserved breather”. In “Lessleg”, he’s finally able to stop overthinking a reunion with an old friend by giving in to several rounds of drinks, forsaking what could have been and what will be for what is now. On “Long Grass”, the opening riff of which evokes imagery of long-overgrown battlefields, he sings “you can try but you’ll lose, that’s for sure, anyway that you choose, you’ll lose”.

Album closer “Own Speed” doesn’t change the subject (“what you had you let it go”), but it is easily the biggest, brightest moment of the EP. With its chiming piano and vocal overdubs, it’s not difficult to imagine this final track becoming a live sing-along staple. It’s a worthy “lighters out” moment, eschewing the heavy collapse-in-a-heap emotionalism of the previous three tracks for collapse-in-bed bliss.