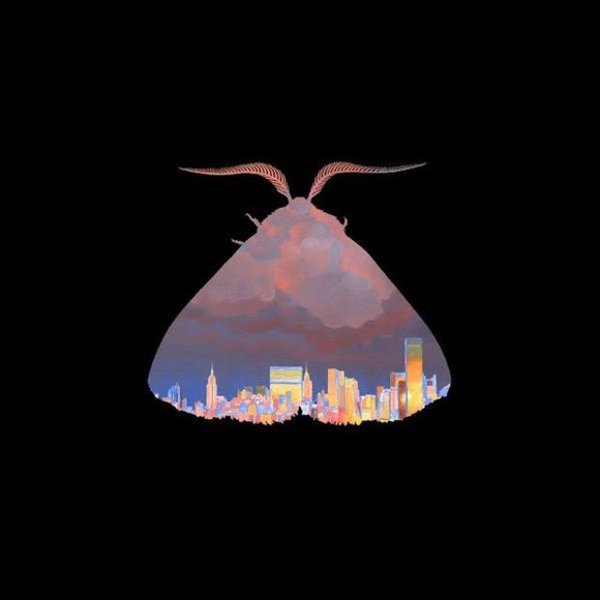 Chairlift, unusual for a band so accustomed to the underground thanks to their subversion of classic pop mechanics that glisten and shimmer with avant garde beauty, have had not one, but two brushes with the mainstream. Both, in their own way, have been formative experiences in shaping the duo we hear today.

The first came in the form of an iPod advert. “Bruises”, the debut single from their first album Do You Inspire You? wormed its way into the ears of millions as Apple showed off its latest colorful iPod Nano range. But this sudden fame came as something of a double edged sword, for they were now defined by “Bruises”.

They wanted to escape the “twee indie” label that was similarly slapped on Feist after “1234” was also used in an Apple ad. They wanted to show that they were than just the sum of one song, that they had so much stored away and they weren’t just a fashionable fad. 2012’s Something was the result of this attempt to outrun the shadow of Bruises; an album that showed the vocal flexibility of Caroline Polachek, at once breathily ethereal and powerfully bold, and the crisp, elegant production of Patrick Wimberly.

Between Something and Moth lay Chairlift’s other brush with the mainstream courtesy of someone known as Beyoncé. After a chance encounter at an art gallery, Beyoncé expressed an interest in working with the duo. That’s how, on December 13th 2013, they found themselves in the ears of thousands of people around the world who had downloaded Beyoncé’s surprise album and, thus, the track they worked on with her, “No Angels”. But this experience was not one they wanted to escape. In fact, working with perhaps the world’s biggest pop star let them hone their craft and made them more assured that they were doing was the right thing.

Moth is very much the product of dipping their toes in the mainstream pop world, but it is also distinctly Chairlift - an unusual melting pop of styles and influences that pays each one the respect it deserves, rather than selfishly using it for their own benefit. The album effortlessly flicks between mid-tempo R&B ballads, 80s dancefloor blockbusters and weird, enchanting art pop but, at its heart, it is rooted in life. Particularly life in New York.

Inspired by their home, one of the most famous modern metropolises in the world, Moth is like George Gershwin’s "Rhapsody In Blue" if he’d used less clarinet and more 80s grooves; an ode to the spectacular diversity and hidden stories than exist in this concrete jungle. Which is why lead single “Ch-Ching” was the perfect introduction to Moth and a reminder that Chairlift hadn’t lost any of that magic.

A real pop jackpot if ever there were one, “Ch-Ching” is a celebration of all those moments of realisation where it became obvious for them that New York was the centre of it all; a land of endless possibilities, of danger and excitement. Glitchy trap bits sit alongside punchy bursts of brass and, of course, Polachek’s utterly unique vocals, all adding up to an addictive little track that set the stage for Moth.

The link to New York is none more obvious than the utterly beautiful “Crying In Public”. A warm, emotional ballad, it sees Polachek at her most vulnerable and New York at its most clear. There’s so much to unpick here. It’s a song that manages to subvert your expectations, one that it seems like only Chairlift could create, actually turning what could be an embarrassing breakdown on public transport into one of immense beauty. Polachek’s beguiling vocals sing of a time when anxieties experienced by anyone used to city living and love combine into a maelstrom of emotions that is just impossible to keep inside, when the only outlet is a good cry on the Metro. It’s beautiful, filled with a surprising sense of joy, and a real highlight of the album.

“Crying In Public” feels like something of an outlier, tucked into an album which sees Chairlift having a lot of fun with the deepest corners of 80s pop, but most, if not all, of the tracks here see the duo revealing a more vulnerable side of themselves, even if it is accompanied by slick, danceable beats.

“Moth To The Flame”, for instance, is a straight-up sadbanger; a tale of realising that falling in love with a certain someone is not a good idea but still being unable to escape their pull. Foot-tapping here is almost impossible when it comes to the catchy pop rhythms, drawing you to the dancefloor like a moth to a flame. Similarly, “Show U Off” is so dripping in 80s vibes that it might as well be wearing colourful leg warmers and dancing around to Duran Duran, but still bears that unique Chairlift mark.

With Moth, Chairlift peel back the realities of New York, finding those hidden stories that you might miss if you weren’t looking. The person crying on the train, the endless race to find the right partner around the concrete jungle, being drawn back to someone who you know isn’t right, the sheer excitement and magic of living in such a diverse city. But it also sees the duo exploring themselves more than ever, both personally and musically.