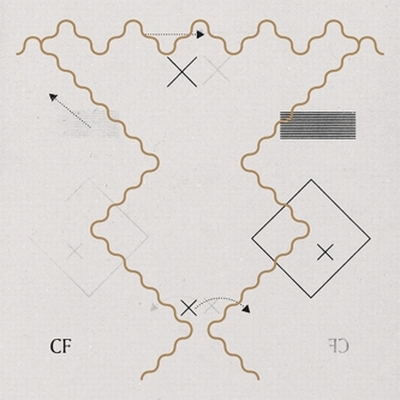 Candian CFCF (AKA Mike Silver) is a cut-and-dried bedroom producer. If we have learned one thing in recent years about this reclusive species though, it’s not to pigeon hole or lump them together, for a little imagination is all a track needs to transpose it from a gloomy bedroom to a different clime entirely. In the case of Silver’s new EP The River, his imagination ferries us upstream through a dense, lush but somewhat brooding forest. This offering is certainly borne of a promising soul but the question is; can it run fresh and clean or does it run the danger of stagnating?

Opening track ‘Before and After Light’ is a gently percussive exploration of a simple, optimistic motif, overlaid with organic sounds and a ponderous beat. It’s surging, steady and fluid, and evokes a vivid tree canopy.

‘It Was Never Meant To Be This Way’ is a slower burning mood piece, and whilst it occupies a very similar mood as the previous track (and, as it turns out, the rest of them) it doesn’t quite reach to the same heights, feeling more like an extended interlude. Given that it’s 5 minutes long, this is unfortunately rather a wasted opportunity.

Following ‘Upon The Hill’ however, is what really cements the notion that these six tracks could justifiably be called New Age Electro (Nu-Age?) ‘Upon The Hill’ even opens with a pseudo-choral choral harmony, and the eponymous track features pan pipes. Don’t get me wrong (I love pan pipes!) but music of this mood always runs the risk of being more a soundtrack to a slumber than a bona fide atmospheric masterpiece.

In a strange way, the remixes (by Jacques Renault, Game and Coyote respectively) actually help to find the original tracks find what feels like a truer voice. By laying down some more engaging beats but staying close to the original harmonies and earthy tones, ‘Frozen Forest’ and ‘It Was Never Meant To Be This Way’ become really great tracks. It’s just a shame that each of the original tracks in turn don’t receive the same treatment, and that is both a compliment to the remixes and a slight to the originals.

An oddly composed EP then, that flirts with great ideas and a lush sound that aren’t quite unlocked fully until they find themselves in other hands than those of Silver’s. There certainly is plenty of potential contained herein; let’s just hope CFCF’s next work breaks the banks a little more.