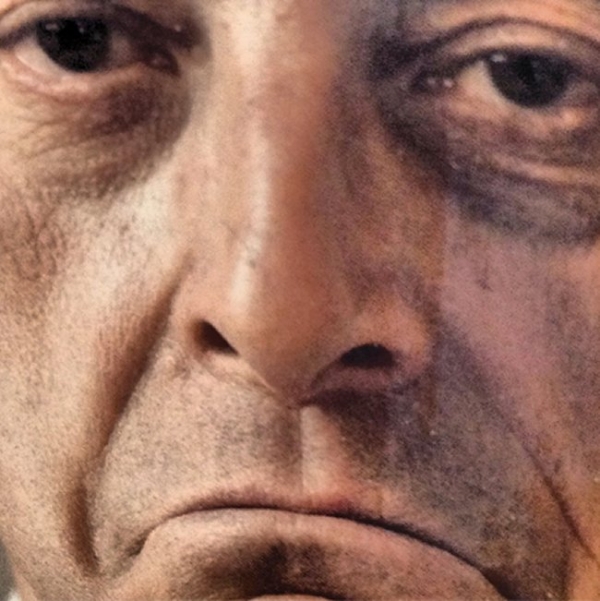 If you were in any doubt as to whether alt.rock legend cum self-parody Thurston Moore was joking or trolling when he recently suggested black metal was made by “pussies”, he kindly followed it up by saying that “it’s a music that uses the elements of rock instrumentation but it’s so anti-everything that, for me, it doesn’t matter what you say about it because it doesn’t exist.” Yeah, so he qualified it slightly with comments praising, in a roundabout way, Neill Jameson of Kreig and Twilight but let’s be honest about it – Thurston Moore was at best being some kind of smug, self-satisfied prick and at worst he made an offensive and sweeping generalisation about a whole genre and its fans.

And, of course, it’s a wonderfully-timed PR exercise too as the former Sonic Youth man releases a new, ahem, “black metal” record with Chelsea Light Moving bandmate John Moloney under the alias Caught On Tape. It needs all of the PR, positive or negative, it can get as well – mainly because it’s complete rubbish. The funny thing is that Moore nearly gets the point with his comments; there are many problems within the black metal community (not least with the fairly loose and bland “black metal” tag) such as the violence, racism and homophobia that blights some corners of the scene. But all this has been addressed already this year and brilliantly so, by The Soft Pink Truth and his black metal covers record. That album took on these issues head-on, unlike Full Bleed, which hides behind clickbait soundbites and noise rock carrying no weight or class whatsoever. You will note that Moore makes no comment on these issues, instead making glib generalisations and talking of becoming “super-pussy”. Way to have a backbone, Thurston.

It’s easy for me to criticise, though. I often question whether listening to “black metal” is something I should be doing because of the scene’s baggage. I love the music of, say, Wolves In The Throne but should I? They don’t seem to share the horrible views of the likes of Varg Vikernes or Faust but they are, to me, a little tarnished by scene association. So maybe Thurston is right to suggest it’s anti-everything? But that’s where I completely disagree with Moore: yes, there is a nihilistic, cultish, self-destructive streak to black metal but there’s also great hope, belief (amongst the non-racist, non-homophobic acts) and some wonderful music to go along with it – and from a personal point of view I’m not a person who believes in “nothing” or whatever Moore is trying to get at...again, it comes round to Moore making a half-arsed, nothing statement about a community and genre he has a clear dislike for. And by half-arsed I don’t just mean the music on Full Bleed.

So what of that music? Well, it’s just not very good. Gone are the days when Moore would improve gloriously on Sonic Youth’s SYR output – and I mean long gone, given he now writes songs about Stoke Newington like some embarrassing dad trying to appear hip and relevant – where he and his band mates would make music that was equally cerebral and emotional. That torch has been carried on by his ex Kim Gordon in the excellent Body/Head, while Moore has been left to construct limp rewrites of his back catalogue in Chelsea Light Moving or haul on board John Moloney, normally an excellent drummer and part of the fine Sunburned Hand of the Man, for the turgid “free” excursions we find on Full Bleed. First of all, it lacks any of the oomph and power you might find with black metal (or even, God forbid, in Thurston’s music) which means a track like “Age Limit”, despite Moloney’s best efforts, is sullied by powder-puff attempts at lurching feedback, “Nothing Glamorous” is tinny (the production throughout is fairly poor), while the title track is shot through with clumsy attempts at sludge riffing. “Arguing with a Balloon” is actually fairly atmospheric but the good work on that is ruined by the ham-fisted attempts at speed metal on “Dispute” and the aimless jazz-noise of “Reverse Funeral”.

Casting aside Moore’s bloodless and vague statements about the genre, Full Bleed reveals a complete lack of understanding of the dynamics of black metal. It doesn’t sound like a black metal record and never gets close to sounding like it. Maybe that was his point; perhaps Thurston Moore’s sainted music can never be anti-whatever because he invests so much of himself in it. If that’s the case, then Full Bleed is compelling evidence to suggest that it is in fact Moore’s music which is so empty it’d as well not exist. It’s an appalling blight on a career that’s on a worrying downward trajectory.