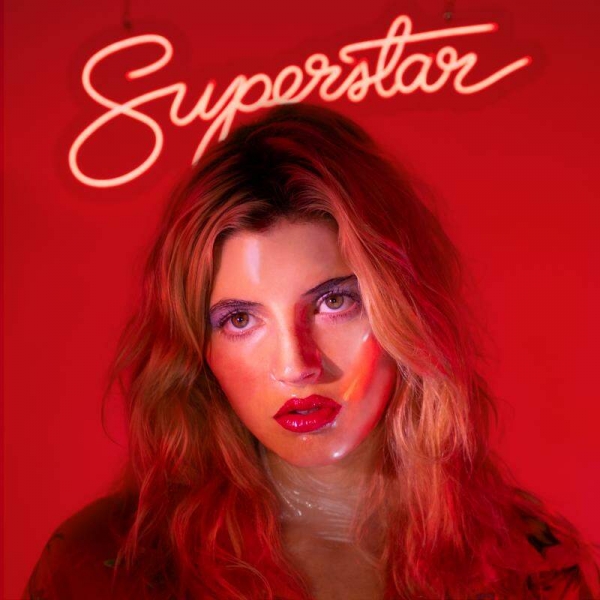 Centred on the underdog story of a character who abandons their whole life in pursuit of fame after receiving a mistaken phone call from the Chateau Marmont - only to end up bitterly disappointed - Rose’s follow-up to her hugely acclaimed debut album LONER, Superstar is a part-scripted and part-autobiographical collection full of wit and bops.

Opening with the upbeat, dreamy notes of “Nothing Impossible’, setting up the albums starry premise of a hope turned bitter before following up this narrative of dreams on the fierce “Got To Go My Own Way”, a defiant and ambitious electro-tinged track.

The tone shifts when the dramatic “Do You Think We’ll Last Forever” takes over sowing the first seeds of self-doubt. A notion taken further by the melancholic, slow-burn stylings of “Feelings Are A Thing Of The Past” which establishes a stony heart before the hopeful starlet puts on her mask of exaggerated self-confidence on the first highlight, “Feel The Way I Want.”

Unfortunately, as the latter half of the eleven-track album plays out, bitter reality settles where sweet dreams once lived. The descent begins on the self-deprecating “Freak Like Me”, the slowest and quietest soundscape of the production brilliant representing the upcoming low moods.

Following the lull is a burst of upset energy on the guitar-led “Someone New” before a smooth transition into the stand-out offering “Pipe Dream” which makes an impression for Rose’s husky vocals layered over pleasantly monotone instrumental, both of which drive the point of hopelessness and dreams left unfulfilled.

Next comes the albums smirking moment, in the form of short one-minute interlude “Command Z”. The witty title and urgent sonics represent the insightful, poignant realisation that it’s time to leave the past behind and attempt for a redo – with most of the song titles on this collection explaining the entire story, this track is a stroke of genius with simple yet effective implied and inferred meanings which is something the album could have done more of with.

Naturally after wiping the slate clean, the penultimate track “Back To The Beginning”, highlights Rose's feather-light vocals, and talks of starting afresh. Leading into the final act of Superstar – the anthemic ‘I Took A Ride’- pushes listeners towards the perfect end; one that tells of a Hollywood would-be falling short of her goals yet continuing her journey without giving up the dreams that dwell in her starry eyes.

Caroline Rose’s sophomore album reads like a novel, with a layered story of luck, fate, self-love, obstacles and the relentless pursuit of things you want in life. The album is heart-warmingly straightforward and honest in its lyricism with no attempt at being unnecessarily complex for the sake of it; smartly made with a finite tale to tell. Superstar, despite its name suggesting the idea of an unreachable idol, ultimately it's simply about a human being chasing their dreams.