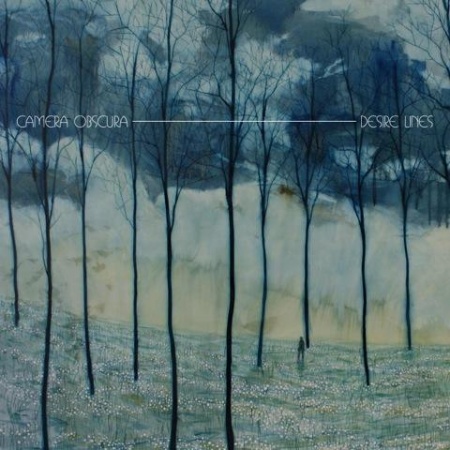 There’s really no great intrigue behind the fact that Camera Obscura barely put a foot wrong over the course of the first thirteen years and four full-length records of their career. They figured out what they were good at, and then did it, in incredibly assured fashion. Their breakthrough, Underachievers Please Try Harder, was replete with the kind of witty lyricism and snappy melodies that the band have proven such consistently dab hands at, but it wasn’t until Let’s Get Out of This Country that those facets were paired with the genuinely lush instrumentation they deserved.

Their last recorded output, My Maudlin Career, was perhaps their most accomplished yet, but after wrapping an extensive world tour, they more or less fell off the map, with little more detail provided about their absence than the ‘personal problems’ singer Tracyanne Campbell alluded to in a recent interview. It was always going to be interesting to observe to what extent an apparently fraught period of conception had affected the sound of a group who have always seemed very confident, and very comfortable, in their own skin.

A mournful, orchestral intro ushers in Desire Lines; it’s a fairly far cry from the sass of their last two album openers, ‘French Navy’ in particular. The strings soon cede to ‘This Is Love (Feels Alright)’; Camera Obscura hardly seem like the most confrontational band in the world, but it pretty much serves as a middle finger to anybody who had the gall to think they might have lost their touch after an extended period away; it’s a wonderfully tight pop song in the typical Obscura mould, but with an oh-so-slight feeling of desolation that suggests there’s genuine attempts underway to move in a new thematic direction.

The sadness that tinges the horns on that track, and the ghostly synths that run under it, embody the sense of instrumental melancholy that underscores the record. The plodding bass and yearning guitar on ‘New Year’s Resolution’ are perfectly matched to its wistful lyrical content, and the sweeping strings brought in on ‘Cri du Coeur’ accentuate the sentiment behind Campbell’s pining vocal; ”I know, I know, I know, I’ll cry”.

The elasticity of Campbell’s talent behind the microphone has always been one of Camera Obscura’s most valuable tools, and on Desire Lines, she’s on masterful form, consistently pitching her emotions perfectly. On the record’s more upbeat moments – ‘Break It to You Gently’ and ‘Do It Again’ included – she’s positively chirpy, whilst ‘Fifth in Line to the Throne’ has her in more familiar, heartbroken territory. Barely-there backing contributions from Neko Case and Jim James of My Morning Jacket are left firmly in the shade by way of comparison; this is a band already in possession of the perfect vocal vehicle.

Tucker Martine was drafted in on production duty on this album – a decision which proved the major motivation for the band to relocate to Portland, Oregon to record – and he’s done a stellar job. His work with The Decemberists is testament to his versatility – he sat behind the desk on the ridiculously-overblown The Hazards of Love and its more reflective follow-up The King Is Dead - and he’s taken his cues from the latter on Desire Lines, managing to take a fairly broad instrumental palette and produce something that sounds restrained, controlled and precise, fitting perfectly with the band’s time-honoured modus operandi.

It took a few runs through this record for me to realise why I shouldn’t have been so surprised that there were no signs of the pressure of expectation; Camera Obscura have only ever made music for themselves. Desire Lines is another gorgeously-crafted pop record from a band that make them look easy; melody, harmony and sophistication are all present in abundance. Four years suddenly sounds like an awfully long time to have to wait for the next one.