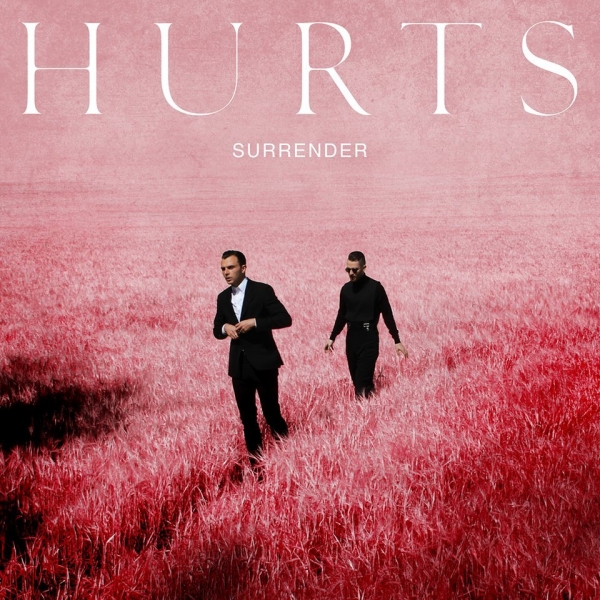 In the end, it was probably inevitable that Hurts would end up going all-out pop.

They’d never quite gone down that route in wholesale fashion before; however proudly they might have worn their influences on their sleeves on their first two records, there was always a sufficient diversity about the artists they were taking their cues from to ensure that they never quite went for a sound that was entirely commercial, whether it was the pristine polish they applied to Depeche Mode on Happiness, or the subtle interpolation of new wave, krautrock and even Nine Inch Nails on 2013’s Exile.

It’s not that there weren’t chart leanings on those first two records - the likes of “Wonderful Life” and “Better Than Love” were neatly packaged for the radio - but for the most part, the Manchester duo were striving, with varying degrees of success, to carve something new out of a well-worn set of influences. When that didn’t quite come off on in places on Happiness and Exile, you couldn’t help but wonder if they were trying just a little bit too hard, and that perhaps casting off the not-inconsiderable weight of the bands that they were aiming to reference would be a positive move for the pair.

In actual fact, though, Surrender is considerably patchier than its predecessors, and - in the process of striking straight for unabashed pop territory - they’ve sacrificed a little of what had previously set them apart. They haven’t wasted any time in bolstering their mainstream credentials behind the scenes; regular producer Jonas Quant returns behind the desk, but there’s contributions, too, from longtime Madonna cohort Stuart Price - who’s CV, before the age of forty, already reads like a Who’s Who of the past fifteen years of the UK charts - as well as Ariel Rechtshaid, who counts Haim, Vampire Weekend and Charli XCX amongst recent collaborators.

The title track, in opening the record, would have you believing that none of the above had had any success in curbing the band’s long-established penchant for the grandiose; an all-female choir ushers us in in suitably dramatic fashion. Thereafter, though, only the lyrics - which shoot for epic bombast to the point that there’s direct references to Shakespeare - and the consistent theatricality of Theo Hutchcraft’s delivery keep up the intensity; sonically speaking, this is the most formulaic Hurts album yet.

“Some Kind of Heaven”, on its own, is enough to suggest that the very idea of Hutchcraft and Adam Anderson leaving their signature gloom behind is misguided; there’s a weird artificiality to its chirpiness, like one of their older tracks played at double speed, and the inclusion of gauche female backing vocals and the shoehorning in of a breakdown at the bridge both backfire. Likewise, the bright eighties guitars and generic synth work on “Lights” smack of a band on autopilot, and the likes of “Why” and “Kaleidoscope” effectively descend into EDM pop-by-numbers.

Both the duo’s approach to songwriting and Hutchcraft’s voice are best geared towards atmosphere in the instrumentation and a little bit of drama in the vocals; “Slow” strikes a nice balance between the two, and “Wings”, which sets out its stall for out-and-out balladry, succeeds in getting off the ground and soaring where so much of the rest of Surrender fails. The issue is this - whilst neither Happiness nor Exile were perfect, they were mighty impressive when they hit their stride. There’s nothing here that comes close to “Wonderful Life” or “Miracle”, largely because the band have stripped away what distinguished them from their peers previously - a close dedication to the influences that inspired them to start making music in the first place. Surrender, accordingly, is the sound of a band in the throes of an identity crisis.