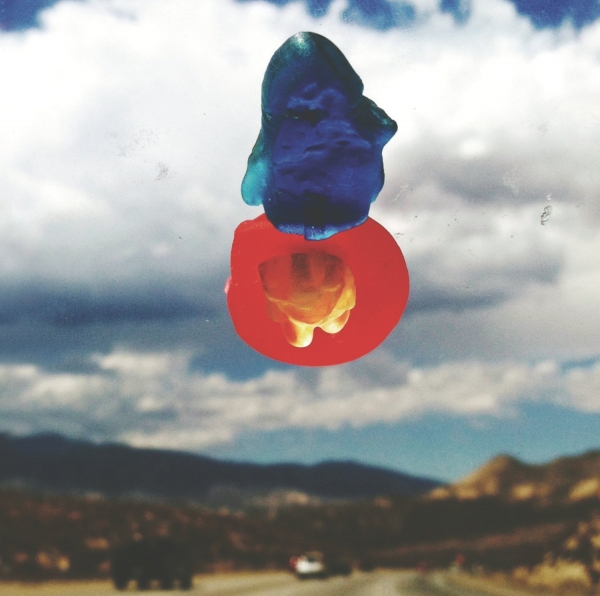 Most internships tend to cover the same boring, laborious tasks: file some papers, put some numbers in a spreadsheet, try remember everyone’s tea preferences when suddenly everyone wants one because the intern offered. Bully frontwoman Alicia Bognanno struck it lucky, however.

Though she no doubt had to do some of those things it probably wasn’t too bad because, for starters, she was doing them for legendary sound engineer Steve Albini, whose list of credits includes a ridiculous variety from Jarvis Cocker to Pixies and, of course, Nirvana. Having bagged herself an internship in the hallowed walls of Albini’s Chicago studio, Electrical Audio, Bognanno was learning from the best.

It’s here too, in her downtime, where the makings of Bully took shape; as good a place as any really. Feels Like is the culmination of everything Bognanno has learned about making music and, most importantly, about herself; an album of unflinching rawness full of tight, searing tracks that whizz along at breakneck speed.

Bully waste no time messing about, opener "I Remember" a great example of what’s to come.  Clocking in at just under two minutes, it’s a blistering rollercoaster of emotion. Something of a soul-cleansing love song, it sees Bognanno pouring her heart out with a Courtney Love-esque scratchy yelp; lungs roared raw. Memories, both large and insignificant, come tumbling out as raucous guitars race out of the starting gates with the same ferocious intensity seen in Japandroids. It’s the kind of opener that grabs you by the throat and shouts in your face, one that make sure you’re paying attention because what’s coming next is important, and it is.

There’s a real confidence that runs throughout Feels Like which mostly comes from Bognanno’s willingness to open herself up fully. 90s grunge, though often tapping into extremely personal topics such as mental health, hid those revelations behind allegories. It was personal to a point but never really warts and all, afraid to fully open up. Feels Like is like digging into Bognanno’s diary and seeing every single detail, spelling mistakes and corrections included.

Though the few tracks from Bully’s self-titled EP that were re-recorded for the album, such as "Brainfreeze", do tend to slip into metaphor at times, it works as an exploration of Bognanno’s growth; now much more willing to fully express herself than she used to be. It’s clear that Feels Like is a much more interesting and more purifying experience than therapy.

"Trying", for instance, sees Bognanno fighting against her own self-doubt about everything from her focus to her figure. The wailing chorus feels like catharsis for herself more than anyone else; you can almost see the demons being exorcised. But, even if you can’t relate, something which is particularly apparent on "Six" which focuses on her guilt at breaking her sister’s arm when she was younger, the sheer intensity of emotion is enough to suck you into her world in an attempt to understand what she’s feeling.

Feels Like doesn't solely belong to Bognanno though - as much as she did put into it, including engineering the album herself because she already knew how she wanted everything to sound. It is the work of Bully as a whole; Copeland, bassist Reece Lazarus and guitarist Clayton Parker acting as the glue that sticks it all together. They’re the ones that breathe life into these stories of pain and joy, piecing everything together into a tightly wound, high-energy package.

There are no fancy gimmicks here; this could easily fit into the canon of 90s grunge albums that thrived on their technical simplicity. Bully were determined to keep things as simple as possible, opting to record everything analogue in an attempt to capture exactly what they would sound like live, and it’s more than paid off. The bass buzzes underneath whirling guitar hooks on "Picture" and the loose, sunny melody on "Reason" brings to mind Alvvays’ excellent debut last year. The end result is an album that is caustic, energetic and endlessly catchy.

Feels Like has that same infectious intensity that Weezer’s debut had; similarly capturing that coming-of-age spirit with refined rhythms and soaring guitars that can be both furious and fun. It’s never going to redefine the genre, especially seeing as we’re living in an age seemingly saturated with 90s influenced acts such as Waxahatchee and Bully tour mates Best Coast, but what does that matter when it’s an impressively tight album that hits all the right marks?

They’re sounds we’ve all heard before but done spectacularly. Couple that with Bognanno’s fearless honesty and Feels Like is an explosive debut that demands your attention. It’s the sort of record that leaves you chomping at the bit, excited to see what Bully have up their sleeve next, and very much deserving of the hype.