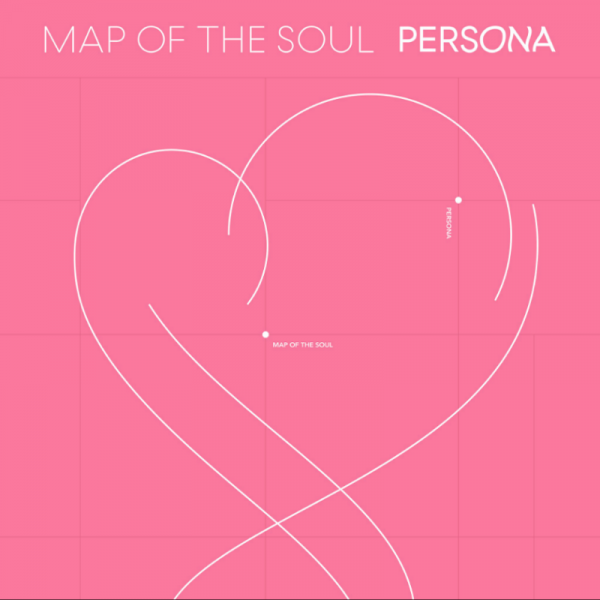 With over 3,000,000 pre-orders across the world, BTS’ Map of the Soul: Persona was set to break all the records set by its predecessor, the Love Yourself series, before it was even released.

The k-pop group’s ARMY guaranteed big numbers the minute it was announced – but it’s the songs themselves that should guarantee the album’s global success.

Throughout the mini-album are references to BTS’ past and reflections on their growth as artists and individuals. “Intro: Persona” begins with a parallel to 2014’s “Intro: Skool Love Affair” – a much beloved but critiqued era in BTS’ history for their own thoughtful ARMYs. There are similarities in the old school hip-hop style, but thematically they couldn’t be more different. Leader Kim Namjoon asks the big question “Who am I?” and acknowledges that it’s a question he probably won’t find the whole answer to in his lifetime. It’s a weighty subject handled with maturity and grace – even when reflecting on bitter moments and the unfair commentary that has followed him throughout the band’s career.

Lead single “Boy With Luv” also harks back to the Skool Luv Affair era, but the parallels to “Boy In Luv” begin and end with the title. A collaboration with Halsey, the single is a summer-ready pop song which focuses on the strength found in love and finding joy in the small moments – a far cry from the dated and somewhat problematic teenage love song of years before. It is a present to BTS’ ARMY, who the boys frequently talk to on Twitter and other platforms, asking about their days. As they sing “nothing stronger / than a boy with luv” there is no question who it is giving them love and strength – it’s their fans, it always has been.

This theme, too, runs throughout Map of the Soul: Persona – songs like “Mikrokosmos” and “HOME” focus on the mutual love and support between BTS and their ARMY. The former links back to Love Yourself’s “Magic Shop”, the lines “you got me / I got you” mirroring the heart-warming “so show me / I’ll show you” that the band are so fond of singing with their fans. “HOME” speaks to the safety and comfort the band find in their ARMYs wherever they go, lead vocalist Park Jimin singing in the first verse that “the entire world is my home”. The song expresses the loneliness that is often experienced as a global superstar – rapper Min Yoongi suggesting that the “big house, big cars, big rings” he hoped for in the band’s debut song “No More Dream” leave him feeling empty. But BTS bring it back to the people who “acknowledged me even though I had nothing to show” and insist that what makes them feel rich is the love they receive from their ARMYs.

One only need listen to their voices on these songs or scroll through the band’s Twitter for a moment to recognise the sincerity of such statements. Prior to the album’s release, BTS told the ARMY “you’ve given us so much love, and now we want to get to know you more” – they’re not hiding behind any persona, what they’re sharing here is genuine.