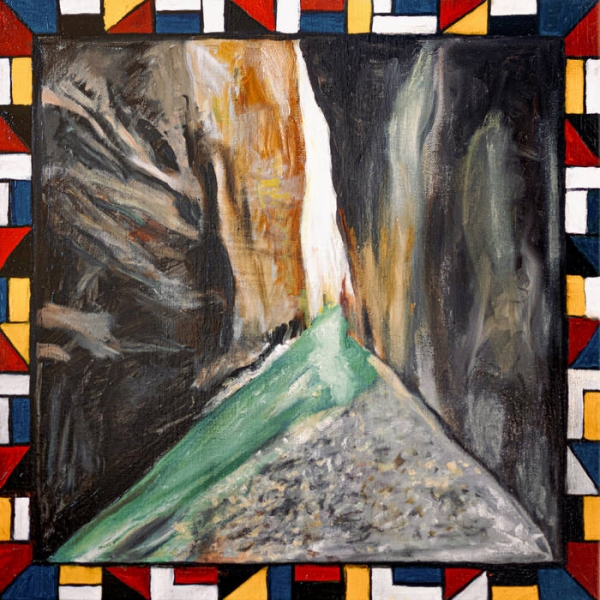 There was a time in the early ‘90s when two unlikely points on the map of the United States became the centre of the musical world.

Their cultural hegemony only mattered to a handful of people, and was greatly ignored by the rest, but when Chicago, IL and Louisville, KY would speak, if you heard, you listened - with headphones on. The likes of Slint, Tortoise, June of 44, The Jesus Lizard, and Shellac, to name but a few, all had at least two things in common. The first was that they challenged the status quo - rounding the edges of post-rock to make it line up with the mathematical beauty of hardcore and your uncle’s krautrock. The second was that they were totally ignored by everyone.

Bryan Away, hailing from the Windy City, deserves less of a cult-like fate and more success. Elliot Korte - Away’s real name - has nothing and everything in common with the list mentioned above. “Nothing” because his take on pop is reminiscent of Sufjan Stevens, rather than Can; “everything” because he, like his predecessors, is working suspended on a rope between progressive and jazz, even if the listener might fail to realise it after the first spin.

Nothing is rushed on Canyons to Sawdust, not even Away’s soothing, mellifluent vocals or suffused rhythm section. Pop plain and simple, then? Not at all. As you get close, you start to grasp the rope and the precarious balance the artist thankfully fails to find. So, for instance, a tune like “Panacea” toys with jazz harmonies, while “A Story Arc” evolves around method & madness that is pretty typical of geometries one can find in late-progressive acts from the early 2000s.

After all, the young Mr Korte comes from a family where musicianship is probably part and parcel of the household, with his mother a professional singer and his dad a classical guitarist with ties with Paul Simon. So, if the inspiration is pop, the execution is somewhere between folk and contemporary classical dynamics (“Within Reach”).

Canyons to Sawdust is a dynamic album, probably elevated by its heterogeneity and marred by it at the same time, but don't mistake this as a negative. There is beauty in this musical entropy, in this perilous tension between two geographical points suspended in time between genres and traits, types and tones, disparate forms sometimes create harmony even if they don’t realise it.