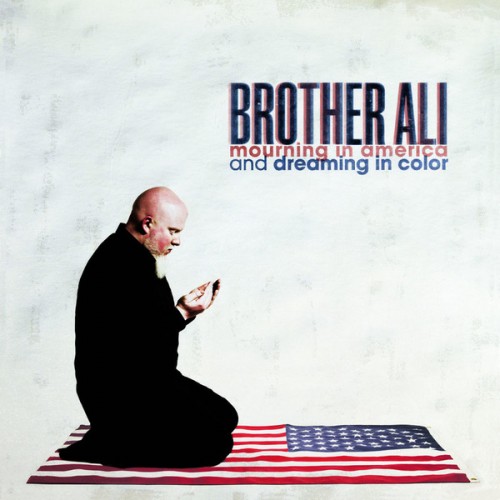 The hip-hop tradition has no shortage of prophetic voices, and nearly all of them validate the maxim that a prophet is not welcome in his hometown. Talented lyricists populate hip-hop on a global scale, but their contributions are often relegated to the sidelines to make way for those preaching a prosperity gospel or espousing their confident swagger with as much vitriol as possible.

For those willing to step away from the mainstream, however, artists like Brother Ali have been fuelling the industry with significant statements for years. As a part of the Rhymesayers family, Ali links arms with some familiar faces including Atmosphere and Aesop Rock. The collaborations have always bolstered his profile, but Ali’s work stands tall on its own.

In recent years, Ali’s output has fascinated as a work both polarising and personal. In 2008, his Undisputed Truth was anchored by the controversial ‘Uncle Sam Goddamn’ and featured a track-by-track blow aimed at the American empire. Us was the intimate follow-up within which Ali explored his upbringing and paid homage to those closest to him, both past and present.

Now the prophetic voice is back and in fine form. Ali sets forth a familiar tone from the beginning with the opener ‘Letter To My Countrymen’, describing the United States with its “beautiful ideals and amazing flaws”. He continues, “Gotta care enough to give a testament/About the deeply depressing mess we’re in/It’s home so we gotta make the best of it/I wanna make this country what it says it is.”

From the outset, Ali stresses that he loves his home enough to tell it the truth. While spewing clever combative rhymes is easy, Ali’s own takes are marked with a depth of understanding. Even when he’s stabbing or even turning the knife, in other words, Ali is not content to deconstruct without also attempting to provide a solution to the social ills he criticises.

The pervasive cultural backdrop of terrorism and warfare is found throughout Mourning, and Ali speaks to the empiricist response with keen insight: “When innocent people perish, it’s a very thin line between a soldier and a terrorist”, as he says on ‘Mourning in America’.

On ‘Gather Round’, Brother Ali tackles the plight of the urban poor and refers to those who have enjoyed upward mobility as “upscale slaves”. The rest, he says, have become anesthetised by a complacent society – power in numbers is the only way to change the system.

Mourning in America and Dreaming in Color is an apt title, because the pot here is mixed with biting social criticism and calls for communal hope. The only problems that will be fixed are those that can properly be identified, and Ali sheds light on plenty of issues. However, he is also dreaming of a world as it could be, as brought to bear on the final track ‘Singing This Song.’ As he reminds the listener “This is who we are/Not who we have to be”.

Listen to Mourning in America and Dreaming in Color