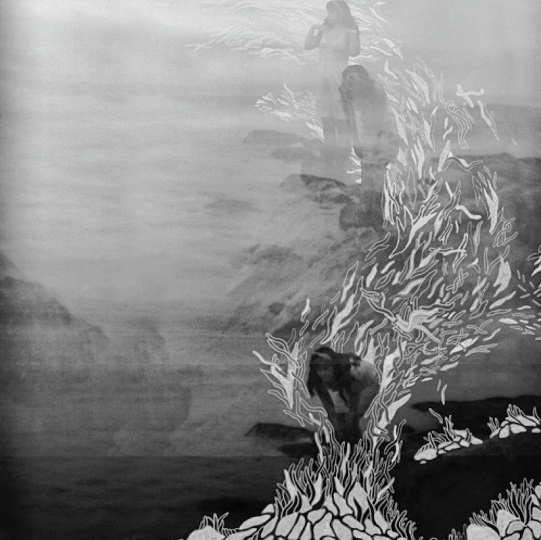 It’s been touted as such, but All Around Us really isn’t Seattle singer/songwriter Briana Marela’s debut album. Marela owns a pair of self-released LPs to her credit – 2012’s Speak From Your Heart and 2010’s Water Ocean Lake.

While All Around Us is Marela’s label debut, at least a cursory perusal of her back catalogue offers a wealth of context for where she artistically is right now. This latest album is Marela’s full-blown, and most successful to date, attempt to reconcile the emotional directness of her very early acoustic folk roots and the heavily ambient and experimental vocal and electronic compositions of her first pair of releases.

An exceptionally frank and simple lyricist, Marela’s displays a deft ability to cut swiftly to the heart of a matter. Emotional imploring doesn’t get much more direct or, in its austere setting, devastating than the title track’s refrain of, “If you love me / tell me now / and mean it”. By the same token, there’s no mistaking Marela’s sincerity in “Friend Tonight”s chorus of “Don’t come back to my bed tonight / I just need a friend tonight”.

Additionally, Marela’s talent for vocal loop composition remarkably strikes the balance between the primal nature of relying simply on the human voice and the technologically advanced method of construction.  However, while her means is impressive on All Around Us, the execution is spotty. Vestiges of Marela’s experimental streak bleed through too heavily in places, leaving those songs little to grab on to, while Marela conveys herself a bit preciously in others, betraying her emotional heft.

I recently read remark that one can’t reliably tag an album as “transitional” at the time of its release. This seems reasonably true until the direction of future releases is revealed.  However, in Briana Marela’s case, All Around Us can’t seem to feel anything other than transitional. Having evolved some semblance of a skeleton from her previous work, given its flashes of excellence, one can’t help but hope it ultimately morphs into a fully moving, breathing being next time out.