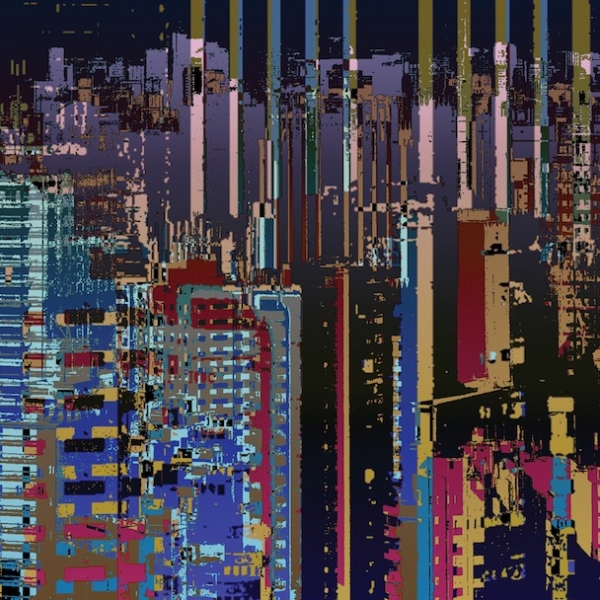 Poetry is the finest of art forms. It propels language to a realm beyond mere words and communication. Poetry gives imagination to the abstract, allows grammar to dance and creates colour within rhythm. It’s the original multimedia; encompassing the aural, the visual and the sensual.

The power of poetry has been exploited to build nations; would Britain be the same country without William Blake’s rousing Jerusalem, Shakespear’s sonnets or the GCSE poetry of the First World War trenches? Yet it’s also aspirational at the personal level, whether that be a sixth former writing whimsical poems of a life outside of dying town, or a verse yelled from a roof top, pleading to a lover.

Intellectually, poetry is the pinnacle as it shows you are more than your subject. An artist recites poetry to prove they can do more than paint pretty pictures, while an engineer will recall some words as his leviathan ship sails away. So it is with musicians. As prolific and enigmatic as Brian Eno is, he still wants to push himself and to explore new art forms, and Drums Between The Bells is his opportunity to break new aural boundaries.

For his second album on Warp Records, Eno has teamed up with poet and multimedia artist Rick Holland to produce a spoken-word ambient record littered with spaced beats and urban imagery. Despite being able to craft perfect pop with Roxy Music and Talking Heads, or shatter the global stratosphere with Coldplay and U2, Eno’s own records have always been insular and structured, so this collaboration sits somewhat uncomfortably with its outside influences. These are accentuated by the use of a range of unknown orators used throughout the record such as an accountant and health club worker that Eno stumbled across.

Eno’s previous record, 2010’s Small Craft on a Milk Sea, was clearly influenced by the likes of Squarepusher and Luke Vibert and Drums Between the Bells starts of as an extension of this. Opening track ‘Bless This Space’ is the younger trendier cousin of ‘Disturbed Being’ -off his 1992 album Nerve Net- with a looping jazzy beat under a jittering electronic bass. As the deep monotonic poem is delivered it develops the Tech House feel of early Layo and Bushwaka. Second track ‘Glitch’ is the schizophrenic electronica that the name suggests. A warped robotic voice narrates the tumble of two competing bass lines before exploding in to distorted, loading ZX Spectrum.

These two tracks show a 63-year-old man producing cutting edge electronica which puts a slew of young upstarts to shame. But, like your gran would say, for most men of that age it can’t last, and with ‘Dreambirds’ the album nestles itself within Eno’s comfort zone, that of textualised new age ambient. ‘The Real’ and ‘Pour It Out’ are merely frames for Holland poetry which takes itself too seriously and borders of the pretentious. ’Dreambirds’’ “People the sky with your one strokes in the age of diminishing life/ Across the blank dioxins above us, invent new colours that fly” is a weak metaphor for birds and exemplifies the cringeworthy language of a non-poet.

As the record progresses it becomes even less of an ambient soundscape and reveals itself as a new age self-help CD. The kind peddled from shops selling crystals, magic eye pictures and bells on string. Had the spoken-word element been removed it would have been a reasonable Brian Eno record, comparable to anything from 1975’s Another Green World onwards. It’s well produced and layered perfectly but it’s precisely what we know Eno can do, and he’s done it better in the past.

A modern contemporary is Dustin O’Halloran. His album Luminaire is a wonderful example of ethereal cutting edge orchestration, but Eno’s ‘As If Your Eyes Were Partly Closed’ although similar feels empty and detached, a backing track to an incomplete movie. ‘Fierce Aisles of Light’ splices together three narrators reciting one word each over a muffled drum at the bottom of a swill tank which is worthy of a third from an ex Polytechnic’s multimedia department. ‘Sound Alien’ is a peak purely because it sounds like a track from Nine Inch Nails’ remix album Further Down the Spiral, a record that came out 16 years ago, but even this is spoilt by some perky horns. ’Multimedia’ is a reasonable attempt at being a bit dusteppy. While ‘Silence’ is just that.

Drums Between the Bells is available as a variety of packages; vinyl with mp3, and CD with a hardback book of the poetry and art work, all of which are no doubt essential for the Eno collector to spend nearly £50 on, but unlikely to inspire a new generation. It’s a record which wants to be a piece of art, as if Eno is ashamed to be just a superstar record producer and needs to be more. If poetry is the finest of art forms then music is the greatest, and talent in this area is nothing to be ashamed of. Unfortunately anything gained from signing to Warp and releasing Small Craft on a Milk Sea has been quashed by a weak indulgent and unnecessary record.