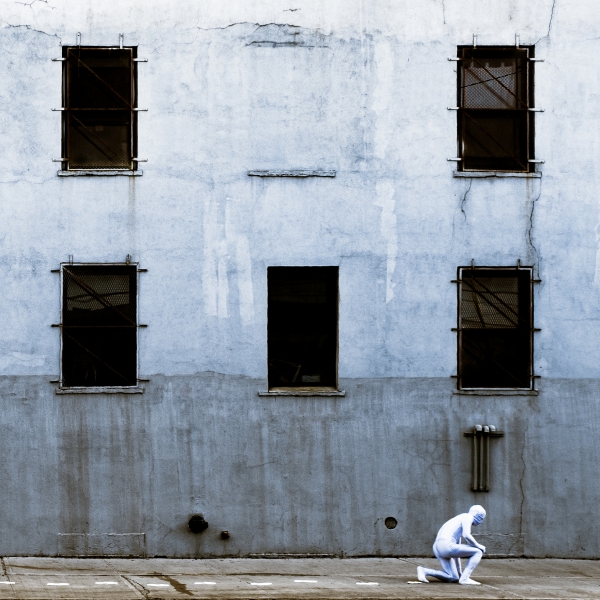 “Has the world gone mad today?” questions frontman Henry Cox during “Only 1”. It’s this question that Boston Manor reflect on throughout their third studio album GLUE.

It is an impossible task to corner Blackpool quintet Boston Manor into one genre. From their 2016 debut Be Nothing that flirted with pop punk tones, the band have constantly elevated and reinvented their sound. Now in 2020, it seems the band have expanded their genre-blurring sound through electronic experimentation and limitless imagination.

Menacing synths introduce the album on opening track “Everything is Ordinary,” a chaotic and highly charged statement that highlights how society has become desensitized to many of the world’s problems. A perfect opener that sets the dark tone for the rest of the album. It seems things are about to get heavy, and we aren’t just talking about the sound.

Swiftly becoming apparent that GLUE isn’t just an album, it's more imperitavely a critical examination of the modern world. The ominous and sinister sounding “On A High Ledge,” tackles the culture of toxic masculinity while the rallying roar of “1’s & 0’s” confronts the divide between the older and younger generations.

Musically the raucous rhythms and pounding of the drums reflect the brooding themes that linger throughout the duration of the record. The heavily distorted, crunching guitars combined with the sharp drum beats conjures feelings of angst, anger and agitation.

However, there are more tender moments peppered throughout the record and this is where Boston Manor truly soar. “Terrible Love” is a self-reflective track that sees Cox come face-to-face with one of his biggest enemies - himself. The softness of his vocal delivery shines a light on the lyrics that conjures images of sadness and isolation. These feelings are heightened by a lonesome guitar that provides the accompaniment during the first verse.

As the final notes of closing track “Monolith” ring out, the fact that GLUE isn’t just another album in Boston Manor’s discography rings out. It's a portrayal of moral depravity, a reflection of modern society and a call to arms for change. A bold and brazen album that will joyously haunt you.