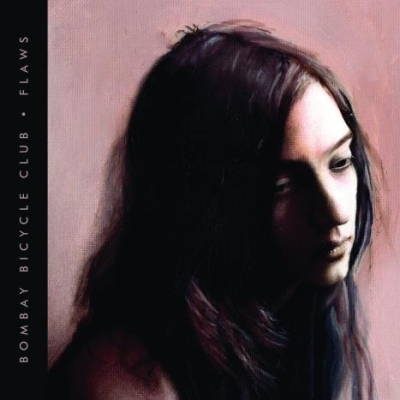 Some may think Bombay Bicycle Club are a youthful indie band that just hit the scene. Their punchy Silversun Pickups/ White Lies guitar licks, atmospheric walls of noise and cymbal smashing has already commanded crowds at this year’s festivals. Those who are more in-tune with the goings on in British indie rock may know that the four lads are nothing new. The teens, as they were in 2006, had their break as winners of the ‘Road To V’ competition, an opportunity that thrusted them onto the indie radar. Short of the release of their debut album last year, Bombay Bicycle Club have bashed out another album faster than each member could grow a full beard. However, instead of coming up with more indie gems, they’ve left the autobahn of alt-rock to take a different and unexpected route, the tranquil dust path to folk.

Surprisingly, Bombay Bicycle Club’s lively, abrasive edge is barely present on Flaws. Perhaps the only suggestion of their past, despite the band themselves, is the heavy dose of drums that tap and pound over the dainty acoustic plucks. It is passable in some tracks, such as ‘Rinse Me Down’, a song so gentle and pretty that it could be mistaken for The Cure unplugged. In slower stripped-back songs, though, the hammering backbeat feels intrusive; the serene banjo-laced acoustic guitars in ‘Leaving Blues’ and ‘Many Ways’ sound as though they’re being forced to speed up by the domineering tom-toms.

Despite this, the album as a whole glistens with track after track of beautiful Damien Rice-infused riffs, the precious picking of interweaving notes like the busy legs of a spider weaving a web. An acoustic rendition of their previous hit Dust On The Ground puts the observant, heartfelt lyrics at the forefront while subdued guitars lull a Bon Iver-style purity. Ivy & Gold is very country bumpkin; twiddly banjos and tickled guitars that mirror the vocal line evoke thoughts of Mumford and Sons and Sufjan Stevens, using intricacy to thicken the sound rather than volume or whirring effects like before. Two covers on the album, a harpless spin on Joanna Newsom’s enchanting Swansea and a slow version of John Martyn’s Fairytale Lullaby, give a blatant pointer to the stimulus for this album. The lads must have rifled through the magical box of folk to craft this dainty haystack.

Bombay Bicycle Club’s brave move out of their comfort zone (despite only being on their second full-length release), shows off their sheer talent and creativity. They’ve demonstrated that they can nail more than one genre in less than a year, gathering in a whole new fanbase as they do so. With this skill and unpredictability, who knows what they’ll do next. One thing’s for sure: it’s very likely we’ll all be on their side sooner or later.