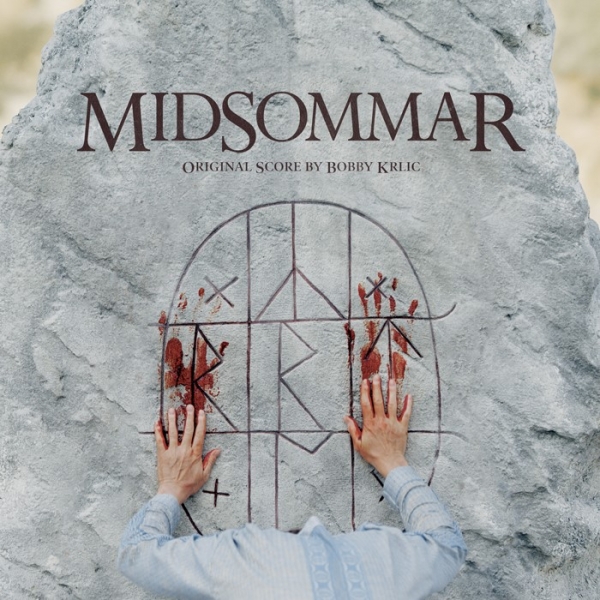 Last year, Ari Aster’s feature-length directorial debut, Hereditary, filtered trauma and familial discord via finely-tuned folk horror to deliver one of the best character studies of grief in modern cinema. Mirroring Aster’s vision was the shrill, dread-drenched drones of Colin Stetson’s score. Doubling up as one the scores of the year, it helped introduce Aster as a genre auteur in the making.

On his follow-up, Midsommar, Aster continues to heed the role that music naturally functions within his imagined worlds. Much like immersing himself in Stetson’s music whilst writing the script for his debut, Aster looked to English producer and musician Bobby Krlic, aka The Haxan Cloak, while conceiving the taut tension and threat of Midsommar. This running thread of collaborative foresight - of inhabiting the soundworlds of artists that he would later involve in his projects - speaks volumes for Aster’s much broader tact as a filmmaker.

Mirroring the film’s unfurling cycle of gorgeously-woven dread, Krlic’s OST largely subverts the bucolic Scandanavian backdrop of Midsommar. But while themes like “Hälsingland” and “Ritual In Transfigured Time” masterfully meld doomed-out ambient with atonal shrieks, often, it’s the more idealistic, major-key moments that lend the score its base level of menace. From “The House That Hårga Built” - a sublime, nigh-on lovesick theme that wouldn't jut out of place on Jonny Greenwood's OST to Phantom Thread - to starry-eyed overture “The Blessing”, Krlic ekes out the innate majesty that fuels Aster’s sinister scenes.

Perhaps unsurprisingly, Krlic's score betrays a wealth of research into Nordic and Scandinavian musical traditions. Married with the imprint of Disney scores, traditional orchestral recordings, and old Capitol Records recordings of artists like Frank Sinatra, the symphonic, ceremonial ebb and flow of the likes of “A Language of Sex” and closing theme “Fire Temple” mine wordless transcendence from unspeakable terror. Running parallel with Aster’s allegorical fetishism of interpersonal decay, Krlic's music - even at its most choking and hopeless - feels luminous, making for a perfectly-poised accompaniment to one of the most challenging genre films in recent years.