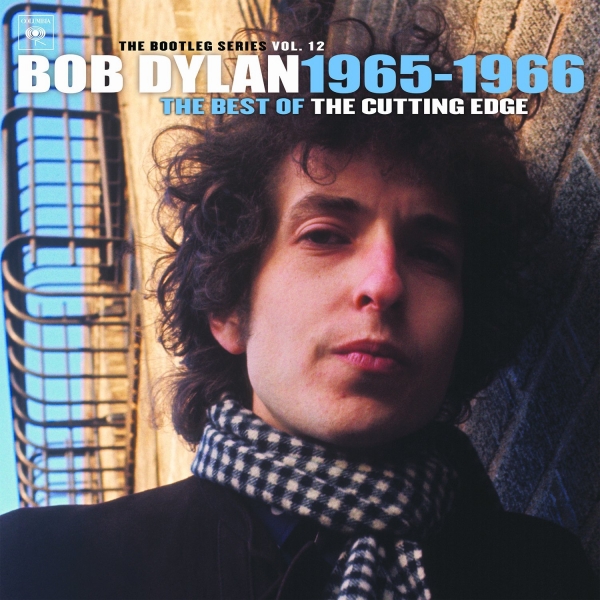 Bob Dylan was on one of the best creative runs in the history of rock and roll during 1965-1966.

The three seminal albums he released during those 14 fruitful months, Bringing It All Back Home, Highway 61 Revisited and Blonde on Blonde, revolutionized the music industry, and fully transitioned his sound from the dusty folk troubadour of the early ‘60s to the amplified, electric bard who helped shape the creative direction of the rest of that decade and beyond.

The exhaustive new box set, The Cutting Edge 1965-1966: The Bootleg Series Volume 12, provides fans with a comprehensive glimpse into the recording studio with Dylan and producers Tom Wilson and Bob Johnston during that productive time. And while casual fans might not need to hear multiple takes of “On the Road Again” or an entire disc filled with 20 fragmented run-throughs of “Like A Rolling Stone,” the point of this collection is to show that these transformative songs didn’t just appear out of the ether for Bob Dylan. He worked tirelessly to perfect these songs. And it’s a revelation to hear just how he got there, and the compelling missteps and musical frustrations he experienced along the way.

The distinctive reworkings presented throughout the set are easily discernable from the originals, especially for longtime Dylan fans who have grown accustomed to the traditional album versions over the years. The tinkering that Bob and his rotating cast of musicians did with these indelible songs – in tempo, tone, time-signatures, and arrangements  – proves that these were works in continual progress and motion, and Bob was in the midst of discovering what styles suited the material best. That trait is still true of Dylan as he continues on his Neverending Tour, playing around with cadence, structure and diction from night to night, still giving these timeless classics new life decades later.

One of the many highlights of this set is the humor and humanity that comes through in these recordings. Sure, the music that resulted from these sessions eventually changed the direction of music, but these versions provide an honest portrayal of the men and musicians who were making it happen. Whether it’s Wilson giving the tracks playful names (“Phantom Engineer Number Cloudy,”  “Alcatraz to the 9th Power”), or Dylan getting frustrated that the drums on an amped-up full band version of “Mr. Tambourine Man” are “driving me mad,” and how he doesn’t feel like playing “It’s Alright Ma (I’m Only Bleeding)” because it’s “such a long song”— the listener is allowed inside those hallowed recording studios to witness Dylan’s mercurial creative process and hear precisely how these celebrated songs of his ultimately came together through both hard work and happenstance.

Over the years, the pedestal Dylan has been placed on has grown loftier and covered in the superlative garlands of decades of hero worship. But lost within that adulation, you might forget that Dylan was only 23-24 years old during these monumental recording sessions. Like any young musician (even though Dylan wasn’t like any young musician before him, or since), Bob was still in the process of finding his voice and his confidence, despite the fact that he was already considered to be the Voice of His Generation and a significant cultural mouthpiece of the Civil Rights Movement.

Even with those early accolades – ones that lesser musicians could have forged an entire career out of – Dylan wasn’t interested in staying in one place creatively or repeating himself musically. These recording sessions show Dylan pushing his music in raucous, inspired new directions, while also taking substantial artistic and career risks that belie his young age.

A motorcycle accident in July of ’66 would immediately slow Dylan’s creative output and lead him to a more reclusive life filled with basement tapes, Nashville skylines, and new mornings. And during that down time, the music world was still trying to catch up to three albums that redefined rock and roll and cemented Bob Dylan’s status as one of the world’s greatest storytellers and musical mysteries.