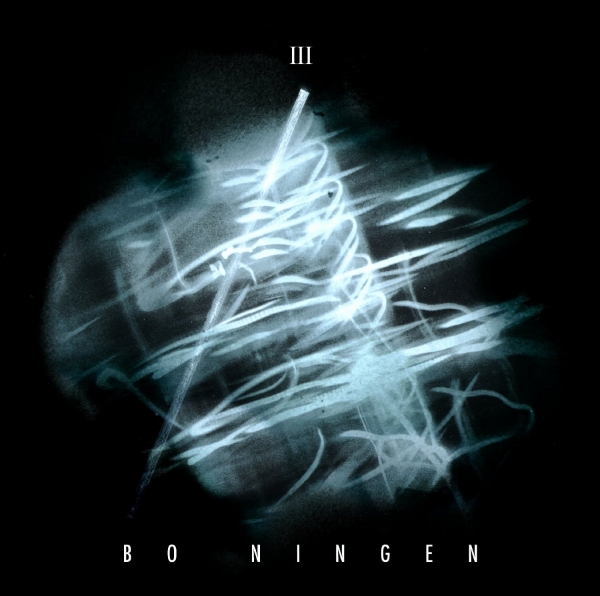 Anybody lucky enough to experience Central Tokyo will recall total sensory overload. Shibuya at rush hour is an attack from all sides: a never-ending sea of faces, cars, adverts, lights and noise, all vying for attention coming at you with no place for any kind of respite.

Japanese four piece Bo Ningen encapsulate this feeling perfectly. Their music is an attack on the senses; heavy, intense, incredibly dense, and at times, violent, like losing yourself in the loudest pachinko parlour in town. Hailing from various parts of Japan, they came together in Dalston to make one hell of a racket. Dressed like wizards, they are the skinniest, most androgynous little things, with snake hips, the longest hair and flailing limbs. It’s a look in direct contrast to their sound, which takes the anger of Fugazi and Black Flag, the combustible rock-isms of Black Sabbath and merges them with doom metal, psych and metronomic krautrock. None of this should go together, but it works.

This, their third long player, follows the self-titled debut of 2010 and Line the Wall two years later. It shows how they’ve evolved into a focused concern, something managed without compromising their integrity or diluting their sound in any way. Despite having spent a fair while living in London, bass playing vocalist Taigen continues to sing, or rather yelp, in his native tongue. Elsewhere, instruments aren’t played, but battered into a thick stew of noise pollution best evidenced on opener “DaDaDa” which takes slashing Gang Of Four guitar riffs, pummelling basslines and urgent drumming to a whole new level, leaving the listener gasping for breath at the finish.

”Slider” has a nervous, twitch-like energy, starting off with an almost commercial structure that falls aside as it twists into 4/5 drum patterns, visceral guitar slashes and further vocal howls. That aside, it’s probably the only track truly capable of crossing over into something anywhere near the mainstream. Their first English-sung tune, “CC” has them collaborating with Savages’ Jehnny Beth for the second time, her considerable holler proving to the perfect foil for Taigen’s almost death metal scream.

They prove to be equally powerful when they slow it down a little. “Innu” is prowling and sinister, whilst “Psychedelic Misemono Goya” takes an old Chilli Peppers riff, de-funks it and attaches it to the sound of a slow death. But the highlight of the album is the spectacular nine minutes that make up “Mukaeni Ikenai” - here they strip back the histrionics and use ambient electronics, reverbed vocals and low-paced drums to show off a musical complexity, an introverted subtlety that comes from the same place as A Storm in Heaven era Verve. It shows that when they chose to compose a pensive, otherworldy track, they have the necessary weapons in their arsenal. However, on III, there’s not much time for this approach. They’d much rather rock the hell out, which is a shame as a whole album of the quieter stuff is extremely tempting. Yet the fact this tenderness is only to be heard once makes it even more effective.

III is in no way an easy album to love, nor is it something that you can just dip into, or an album you’ll probably ever casually put on. It’s such an confrontational piece of work that you need to mentally prepare prior to the needle hitting the groove. Once it does though, you are dragged into Bo Ningen’s world, a place where the fusion of rhythm fighting against musical aggression has never sounded so thrilling.