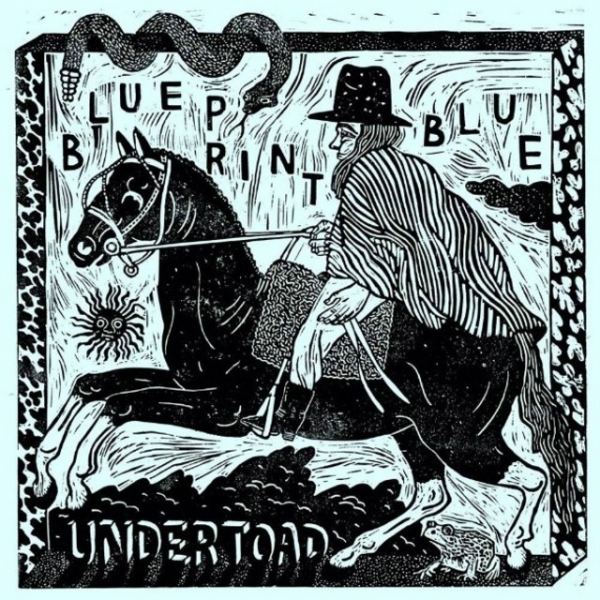 As members of experimental band S.C.U.M., drummer Melissa Rigby and bassist Huw Webb could too often be found surrounded by negative critiques, whether due to their similarity to The Horrors (featuring Huw’s brother Rhys) or the press that came with frontman Thomas Cohen’s relationship with the late Peaches Geldof. A year after the band split, and just under a year since both members featured in dreampop group Astral Pattern, their latest project sees them join forces with vocalist Elliot Hayward for music with a little less experimentation and a little more grit.

Inspired by Neil Young and similar late 60s/early 70s acts, the Undertoad EP effectively delivers a naturally British take on an obviously American genre. With the tracks recorded live and the running times up to nine minutes long (“Panic Attack Blues”) songs are given the freedom to grow naturally and authentically, with precision and perfection traded for open roads and - on “Rattlesnakes” - “The mountains [where] it is easy to forget that in the stories you are just a little boy.” While fans of fairly new US act The Districts will be familiar with the sort of raw energy that fuels these sort of numbers, it’s not a style of music usually recorded in a gothic/psychedelic band’s studio in East London.

Nevertheless, the blueprint for the band provides an interesting amalgamation of storytelling and influences that aren’t often heard right now. Unlike the music being made more and more popular by acts including The Horrors, Blueprint Blue’s only experimentation is with where the songs are based, and not the layers and effects that create each sound. With the warm fuzz of “The Cabin Is Cold” having the opposite effect and “Scared Of Your Mother” providing something familiar and homely, the titles might not match the mood, but in each other the members have found musicians who share visions.