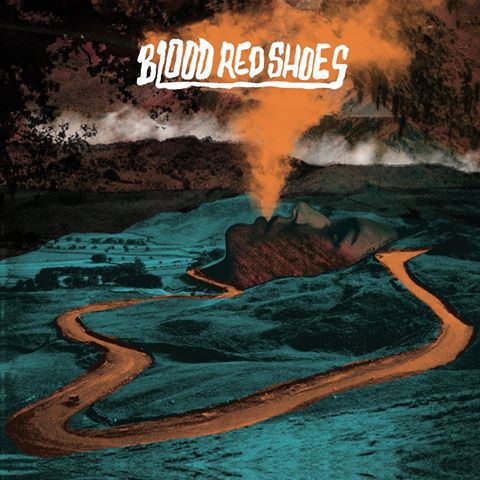 If you’ve seen Blood Red Shoes live before – not improbable, given that they pretty much live on the road – you’ll likely know that perfectionism isn’t really their style. It was surprising, then, to see them ditch their fast and furious stage formula and embrace a more complex, meticulous approach to recording on their last album, In Time to Voices. It certainly wasn’t without its highlights – “Cold”, “Two Dead Minutes” and “The Silence and the Drones” are all viable contenders for the best song they’ve written – but it felt, at times, as if they were trying a little too hard; there were hints that the songs were suffocated by the atmosphere they’d been so deliberately drenched in.

You get the impression that the band probably consider the concept of playing quietly to be anathema, so it was a relief that last year’s much-heavier Water EP – written and recorded in spontaneous fashion at the back end of a US tour – seemed to have them moving in a rawer direction than the record it tailed. Sure enough, the title of Blood Red Shoes’ opener suggests that the pair have retreated into more familiar territory, and it’s by no means a non-sequitur.

“Welcome Home” is a volcanically aggressive two-minute instrumental on which the pair set out their stall pretty plainly; if a furious approach to both noise and tempo aren’t your bag, you needn’t listen further. It’s as if the energy conserved on In Time to Voices is allowed to explode in this record’s early stages; “Everything All at Once” is a blistering ode to hedonism, with Steven Ansell near-screeching the track’s refrain of “don’t slow me down”, while “An Animal” fizzes along courtesy of a pacy riff from Laura-Mary Carter.

Carter’s tangible progress as a musician continues here; she’s on menacing vocal form on “Speech Coma” and the brooding “Grey Smoke”, a million miles from the shouty, almost childlike early single “ADHD”, and she’s far more experimental than before with her guitar work; there’s crunching distortion on “The Perfect Mess” and “Behind a Wall”, and “Stranger” is characterised by eerie, meandering loops.

When I spoke to Ansell recently about the record, for this site, he singled out “Stranger” as being the closest he feels the band have yet come to nailing the kind of mood they’ve long been trying to capture on their more downbeat output; they’ve been channeling David Lynch as far back as the Twin Peaks-referencing “It Is Happening Again” on their second full-length, Fire Like This. The searing “Far Away” doesn’t quite reach the same heights – it’s difficult to overlook the sheer banality of the lyrics – but closer “Tightwire” plays like a truncated version of its excellent In Time to Voices counterpoint, “7 Years”; nervy guitars and stormy piano ensuring that a record that began in viciously confident fashion simmers away, shrouded in uncertainty.

That’s not a criticism, though; Blood Red Shoes don’t have much of a reputation for keeping their feelings to themselves, and there’s a kind of warts-and-all honesty that permeates this album. Where’s there’s anger here, it’s almost violent, and when things sound precarious, the unease is palpable. In trying to go back to what they knew, they’ve created an album that provides a far more genuine document of the band than In Time to Voices did, both as musicians and, you suspect, as people. There’s a human element to the record, missing from so many of their contemporaries’ efforts, waiting to be engaged with for those who choose to scratch beneath the surface; for everybody else, Blood Red Shoes will simply be the riotously fun sound of a band who have well and truly cast off the shackles.