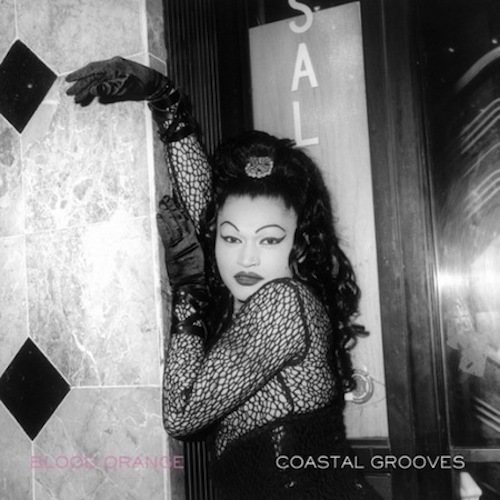 Devonté Hynes is difficult to pin down; by the very elusiveness of his sound and genre hopping he makes his music hard to categorise but also it’s his ever self-reincarnating, ever fleeting between projects, bands and different monikers.

Since starting out in raucous proto-nu rave band Test Icicles, a group that by Dev’s own admission never even liked their own music, Hynes has searched longingly for a sound that fits. Lightspeed Champion, the musician’s primary solo project, saw Hynes swap dance-punk for country and folk by the way of Nebraska. Debut album Falling Off the Lavender Bridge saw Hynes taken under the wing of Omaha’s own indie svengali and Bright Eyes’ backseat genius Mike Mogis.

Now it seems that Hynes has been feeling anxious in the tumbleweed calms of Americana, relocating to New York and immersing himself fully with the city’s night life and gritty street culture. Coastal Grooves, Dev’s full-length debut under the Blood Orange title, was inspired by the Big Apple’s ‘drag ball’ era – the transvestite scene of the late-80s; with Dev’s point of research largely coming from Jennie Livingston’s iconic documentary Paris Is Burning, an influential film shedding light on the strange and sad lives of the city’s African American and Latino gay and transgender communities.

“I feel unique, not yet complete”, Dev appropriately opens the record, reflecting his own inability to settle on a sound, or even name. This is a thread that seems to run through the entire album, a constant clashing tension of borrowed influence and aspirations of originality. Like the folk-tinged acoustics of last year’s Life is Sweet! Nice to Meet You inherited from the mid-west, Devonte’s newest incarnation lends a lot from this same sense of nostalgia. It is a Yuppie’s Walkman that Hynes borrows from on Coastal Grooves: there’s the kitsche and campness of the New Romantic favourites you’d expect to hear on every dance floor from NY to LA (via Duran Duran, Spandau Ballet…etc), glimpses of Depeche Mode-esque electronica and some prog guitar work in the vein of Genesis.

Hynes’ influences would suggest it to be a wholly accessible pop record, but this isn’t the case. Like its lyrical and thematic subject matter, the album stands beneath a street lamp in a darkened alleyway; it nervously tries to keep the balance between alluring and approachable yet utterly unnerving. ‘Can’t We Go Inside Now’ skitters along creepily, like a faint and eerie sensation in the night, whereas during ‘Complete Failure’ Hynes’ voice quivers and shakes, shrouded by the distorted haunting of an echoing church choir.

But it’s during the first three tracks of the record – ‘Forget It’, ‘Sutphin Boulevard’, ‘I’m Sorry We Lied’ – where Hynes’ pop sensibilities and ability to craft truly great melodies are most clearly apparent. Elsewhere, the Europop-sounding ‘S’Cooled’ sees Dev exercise his inner RuPaul, while in closer ‘Champagne Coast’ he repeats the lines “Come to my bedroom, come to my bedroom” soothingly and hypnotically.

For all the enjoyment ripe for taking, there’s still an overhanging awareness that all has been borrowed and adopted by Hynes from outer sources. It is considerably harder to connect with Hynes on the record than it was on his previous records. Like one of the drag dancers of NYC, Hynes seems to be putting on a show and his mask is only a layer of make-up thick.

But this doesn’t distract all too much from the clear strength of the record. This is Dev Hynes after all – if you’re not enjoying this one, then you’ll only have to wait a matter of months until he radically respawns once again.