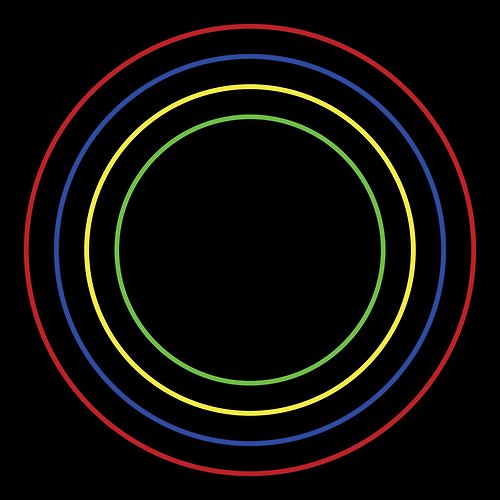 We’d crossed our fingers and prayed to all the gods, and despite their media-baffling tomfoolery Bloc Party are back. The debris of their tumultuous hiatus has finally been cleared and the ashes of sonic Marmite Intimacy are dwindling: people have been waiting for their rumoured return for a long time. As the first new material since 2009′s clunky dance-ish standalone ‘One More Chance’, Four has a lot riding on it. Their stellar debut, Silent Alarm, was such an instant classic that Bloc Party can’t seem to live up to their own legacy – in some eyes, anyway. A Weekend In The City was deemed too slow, Intimacy too far from their roots. The naysayers, cynics and petulant grumblers will be glad to know, then, that Four is not slow, nor is it far from their roots. But make no mistake, this is not Silent Alarm either.

‘So He Begins To Lie’ kickstarts the comeback, and it’s a breath of familiar air. The grinding guitars from Lissack have returned, replete with chunky, effects-sodden hooks and angular squeaks. Lead single ‘Octopus’ is catchy as hell, a staccato burst of trigger-happy riffs with a staggering, infectious chorus focusing on a mysterious “Mary Anna” – hmm… The condescending street lyrics could be toned down however – “Gonna show you how we get down in my hood” is pretty redundant coming from a successful band many years into their career on the world stage.

Bloc Party decided during the writing process to create something raw. As such, the album hosts remnants of the recording process – buzzing amps, studio chatter (including a few words about Kele’s breast) and all the honest mistakes that make us remember that they are human, after all. In this rawness, there’s also a distinct lack of anything Intimacy-related: it seems they’ve ditched the synths entirely in reaction to the adverse response to that album’s foray into electronica.

‘Coliseum’ lurches through the speakers with a country-western intro, reminiscent of Elbow’s ‘Grounds For Divorce’, before exploding into a dazzling display of Biffy Clyro pop-metal licks and providing some of the most exciting moments in their catalogue. ’3×3′ is an oddly Muse-y take on Bloc Party. Kele’s signature wail reaches epic proportions, backed by tremolo axes in an apocalyptic chorus, before descending to a vicious, hushed whisper of “No means no”, in a kind of angry “Talk To Frank” way. The riot-inspired pandemonium of ‘Kettling’ is a cold hard slab of pre-millennial Smashing Pumpkins, complete with a glorious guitar solo showcasing the breadth of Lissack’s remarkable talent. It’s dark, it’s very heavy and it’s oh so welcome.

The more lethargic cuts from Four sit awkwardly in comparison. ‘Day Four’ grows wearier and wearier until a resounding closing passage erupts: packed full of maudlin strings and the stunning vocal stylings of Mr. Okereke, it might easily have been ripped from the second album. ‘The Healing’ is a quasi-ambient streak of spacey plucking with the introspective shyness that Bloc Party lost when Kele beefed up. ‘Real Talk’ features banjos. These tracks will surely please the first-album fanatics, but can’t seem to find a true home amongst the new cojones Bloc Party wield. Even ‘V.A.L.I.S.’, named after the satellite-deity in Philip K. Dick’s novel of the same name, and ‘Team A’, which are about as Silent Alarm as you’ll find here, feature that caffeine-comedown-jitters guitar sound which defined the group.

This is an all-guns-blazing return for the London foursome, demonstrating a buffet of sounds from previous works and a heap of fresh noises creating, by far, Bloc Party’s heaviest album. This isn’t Silent Alarm, no, but it’s got the same jolt of energy, the same melodic honesty and, crucially, the same calibre of songs. Best of all, it’s not Intimacy.