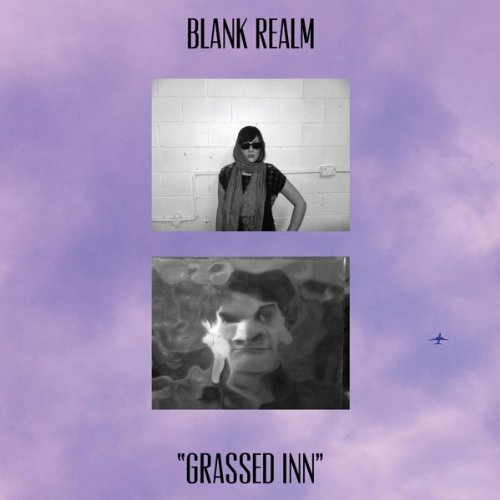 I’m a weirdo; I eat my cereal dry. While I certainly enjoy a tall glass of milk, partaking in a bowl of cereal sans milk brings out all of the wonderful flavors and textures of the cereal itself. The spongy marshmallows perfectly counterbalance the crunch of the crisps in Lucky Charms; all that cinnamon and sugar cling to each flake of Cinnamon Toast Crunch rather than seep out into the surrounding sea of milk; Rice Krispies still offer every snap, crackle, and pop in my mouth without it going cold and soggy. It just so happens, Aussie quartet Blank Realm’s latest album, Grassed Inn, finally reveals all its dry cereal detail and charm relative to the cold, milky output of prior outings.

Having navigated from the murky, lo-fi noise-rock sound of their earliest releases, the band’s sound gave way to more melody and less experimentation on their first release, 2012’s Go Easy. While a heavier emphasis on more conventional song structures and melodic hooks was clearly evident, the thick, soupy ambience of those previous records remained. Single “Cleaning Up My Mess” did lock into somewhat of a groove, but had very little room to maneuver in the ocean of reverb and fuzz, leaving the listener struggling for something to grasp onto. Perhaps simply a matter of taste – like milk vs. no milk – yours truly finds it refreshing that Grassed Inn dries up that quagmire. Out of the gate, lead track “Back To The Flood” retains the band’s heavily layered guitar approach, but what was incessantly fuzzy before is now fizzy; riffs and vocals have punch and definition, and the synths bubble and punctuate the breezier sound rather than simply add an additional layer of slog to the mix.

One finds rather quickly that Sonic Youth-influenced rave ups have given way to that inescapable antipodean jangle-rock sound. Accordingly, Grassed Inn anchors itself with sturdy, rhythmic melodies, which is the biggest testament to Blank Realm’s mission of increasing focus and tightening up their ship. Fortunately, this allows the band to still employ a number of sonic embellishments, but in a new light where they jump out and can be grabbed , rather than float by unnoticed or lie buried and straining to be heard. The loopy synth line on lead single “Falling Down The Stairs” propels the tune while playfully stumbling head over heels. “Baby Closes The Door”s sonar-like squalls are a piercing addition to its minor-key strum, strikingly reiterating the pain in the song’s sense of loss. An utterly sublime closer, on “Reach You On The Phone,” Daniel Spencer expertly conveys a melancholic, quiet sense of disorientation backed by nimble picking and the deftest of synth buzzes.

Elsewhere, the band still exercises some sonic holdovers from prior albums in the Krautrock of “Bulldozer Love” and Television-inspired punk drama of “Bell Tower.” Again, though, while these motifs presented themselves in earlier material, here they are executed in a far tighter manner with plenty of space to breathe and move about within each song. If there are any shortcomings, they primarily lie in the lyrics; mostly indecipherable and inscrutable, silly metaphors (“Bell tower in my brain…you’re drivin’ me insane”) and hackneyed psych phrases (“the light of Heaven is the light of love”) pop up throughout, but the sturdiness and assuredness of the melodies often more than compensate.

So, pour yourself that unadorned bowl of Cap’n Crunch and revel in the intensity of its sweetness and wonderfully puffy crunch between your teeth. No? Well at least take my word on Blank Realm’s Grassed Inn – give it a spin, perhaps alongside a cold, soupy, mushy bowl of milk-doused cereal. You won’t be disappointed.