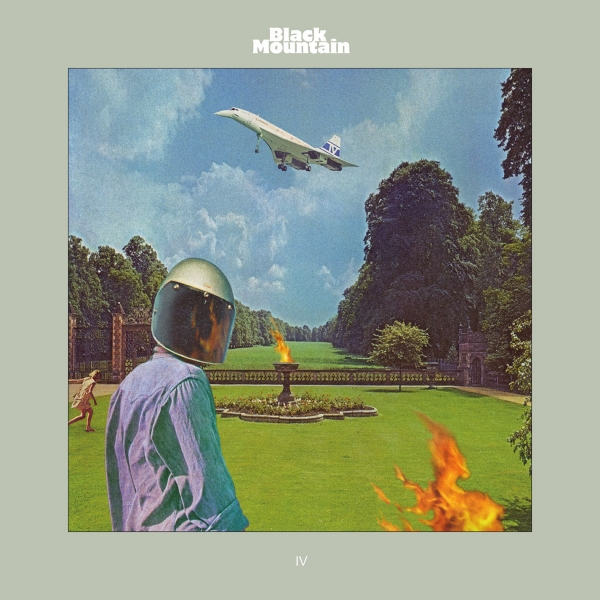 If Black Sabbath, MC5, and Can were the trailblazers hacking at the roots and vines at the edges of the early ‘70s rock landscape, Black Mountain are the paver laying asphalt over their tracks. Their latest, IV, is an album that stoners and psych-heads of all stripes should be able to agree on this year.

From the band’s hometown of Vancouver, frontman Stephen McBean moved to Los Angeles around the same time as Black Mountain released their last album, Wilderness Heart. In those nearly six years, their sound has stretched accordingly to encompass almost every move in the West Coast rock playbook. While the Black Mountain Army soldiered on with releases from (to name two) Pink Mountaintops and Lightning Dust in 2014 and 2013 respectively, the not-really-a-hiatus comes to an end here with a bang.

“Mothers of the Sun” blazes through hash dreams wielding druid ceremony synths and Thor’s Hammer riffs. Bookended by “Mothers” and the smoldering space-wave double bill of “(Over and Over) The Chain” (“Over and over/The sound of confusion/Boredom and laughter/The clanging of chains”) and “Space to Bakersfield”, the body of IV is a more agile, aggressive animal. “Florian Saucer Attack” is a frenzied garage storm (Chad VanGaalen’s animation for the accompanying video is suitably nuts), “You Can Dream” thrums with electronic, prog, and industrial impulses, and “Constellations” rings the cowbell to warn, “Don’t get out of your head/When we’re off losing our minds”.

The dynamic range of singer Amber Webber’s striking voice gets the spotlight on the acoustic-led classic rock ballad “Line Them All Up”, while McBean recounts teenage melodrama like the scars still haven’t quite healed on “Cemetery Breeding”. Working with producer Randall Dunn again at the famed Avast! Studio in Seattle (fortifying that West Coast pedigree), Black Mountain have become more capable than ever of transmuting their kaleidoscopic visions into a volcanic unison.