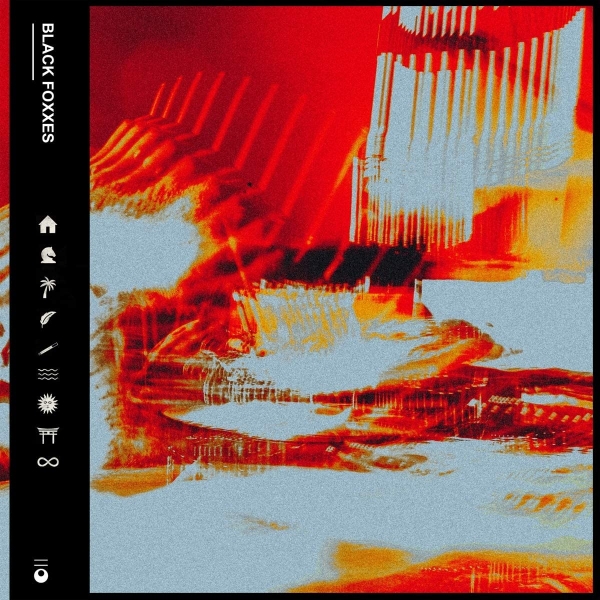 ​​With 2018’s Reiði, Black Foxxes succeeded in creating a record that was both deeply personal, yet also massively cathartic for all who listened to it. Taken from the Icelandic word for rage, the fittingly titled Reiði’s saw Black Foxxes brainchild Mark Holley exercising his own demons over the course of ten tracks.

And while it certainly left behind some of the weight and rawness of their debut, there was still plenty of darkness for Holley to wade through. The band’s third album, Black Foxxes, widens that gap further, thanks to both a change in personnel, and a continued softening of aesthetics.

With bassist Tristan Jane and drummer Ant Thorton departing for pastures new, it was entirely possible that Black Foxxes could have felt like it was written/recorded by a whole new band. Thankfully, it picks up where its predecessor left off, with the angular and abrasive "I Am". It’s following track "Badlands" however in which the sprawling scope of the record begins to materialise. Eight minutes of rhythmic and rolling alt-rock with something of a psychedelic bent, it’s not the longest track on offer here, but it does perfectly highlight the rich and deeply nuanced musicality that runs through the core of Black Foxxes.

From here on out the weight of the record is lifted somewhat, though that doesn’t any sort of interest wanes. "Drug Holiday" has a woozy, Pixies meets Placebo vibe; the vocal delivery both breathy and restrained. "Panic" is softer still. A gently picked guitar the only accompaniment to Holley’s vocal for the first minute, before the addition of drums and synth see the track unravel into a lush and somewhat lonely patchwork of texture and timbre.

While it might seem on the outside that much of Holley’s demons have been exercised since Reiði’s release, and the effortless ease of tracks such as "Swim" or "Pacific" certainly suggest this, there’s still a quiet sense of anxiety and even at times desperation that permeates much of Black Foxxes.

And though the crushing lows of Reiði may have been shed, so too has its soaring heights. Instead, Black Foxxes is a record that ebbs and flows rather than peaks and troughs. The jaggedness replaced with a smoother, even at times poppier sensibility. As such, the chemistry of the band themselves has never been more evident, with individual instruments given time to breath and vocal melodies playing a much more prominent role than previously.

Indeed, while Black Foxxes might well feel like a softer, smoother record than those which have come before it, it’s no less impressive, in fact, it’s more so. And though it might well have lost some of the raw catharsis harboured by those records, Black Foxxes is an album that instead showcases the band’s sheer talent, proving them as not just one of the best alt-rock bands around, but one of the more interesting bands around. Period.