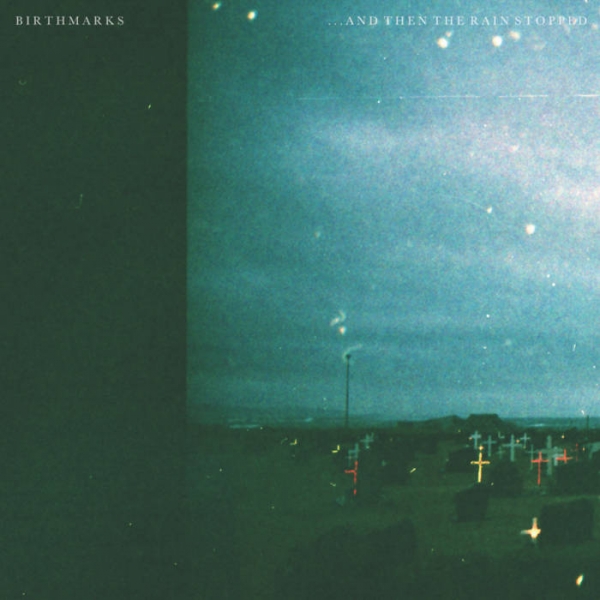 An eclectic exploration of emotional purgatory; Birthmarks’ debut album ...And Then The Rain Stopped is a poignant record that will resonate with those who have taken great lengths to clear up the shards of a shattered romance.

Vocalist Daniel Cross wrote, and re-wrote the album’s content in the aftermath of an eight year relationship, and along with bandmates Jason Fletcher and Jonno Lloyd, Cross seems to have emerged from the chaos as a vibrant, wisened songwriter.

Formerly known as Little Death Machine, Birthmarks’ sound experiments with elements of electronica, trip-hop and rock. The band’s album was co-produced by Cross, engineer/collaborator Lorenzo De Feo, and mastered by John Davies (Gorillaz, Joy Division, Savages), giving it its polished, cohesive sound. "It was an incredibly challenging record to write and record”, Cross explains. “I wanted to explore very personal themes such as loss, sex, mental health, mourning and to look at how they all inform each other. Musically, we wanted to reflect the themes by marrying and weaving together different sounds and genres. I think what resulted was a mood board of disorientation and comfort. The album took five years to write and record, and became my confidant and obsession."

This “obsession” fuels the ten tracks that make up ...And Then The Rain Stopped. Brooding opener "How Do You Rule Me" combines atmospheric electronics, sharp percussion and Cross’ stand-out vocals to create an all-consuming, introspective tune. It bleeds into the goose-bump inducing "Midnight Blue", with its restless synth textures and crashing percussion. “Every time we laugh will haunt us now” muses Cross, over a dark, muddied soundscape. His agitated lyrics and the band’s agitated sounds seethe with quiet anger, as Cross navigates an emotional space laced with insecurity and doubt.

Tentative guitars allow for some painful realisations on “Breathe”. “When you taste my mouth / do you notice the doubt?” sings Cross, his breathy vocals emphasising the need for air. The stripped back, confessional style of “Wax” provides an interesting contrast to the rest of the album. It’s a bold move to not enhance it with electronics, and it serves as an interesting interlude.

Birthmarks’ use of vivid synth textures are put to full use once more on “You Are One” and “Charcoal”. On the latter, Cross snarls “If you love me / I’ll make you ill” as spiralling electronics fuel the spiteful, yet self-deprecating lyrics. Throughout the record, Cross consistently grapples with wanting to move on, but feeling like this is beyond his control; so he’s left swirling in the ashes of the disintegrated relationship.

There’s light at the end of the tunnel when “Night After Night After Night” breaks through. The repeated, mantra-like lyric “Now go” becomes louder as it floats above a cacophony of uplifting noise. Things become unsettled again on “Pale” - the aural equivalent of the colour running out of your cheeks. It’s a poignant realisation that solitude is essential for recovery. Jagged, crackling synth textures permeate “Eclipse (Empty Shell)”, before the dark, lustful, meandering “One Pulse” brings the album to a close. “It’s about learning to not let happiness haunt you”, Cross explains, ending the album on a message of hope.

Whether you’re in the midst of a breakup, or stepping out from the shadows of one; Birthmarks’ ...And Then The Rain Stopped is proof that emotional resurrection is not only possible, but a powerful tool for creating art too. It’s an exquisitely painful record that demands your full attention.