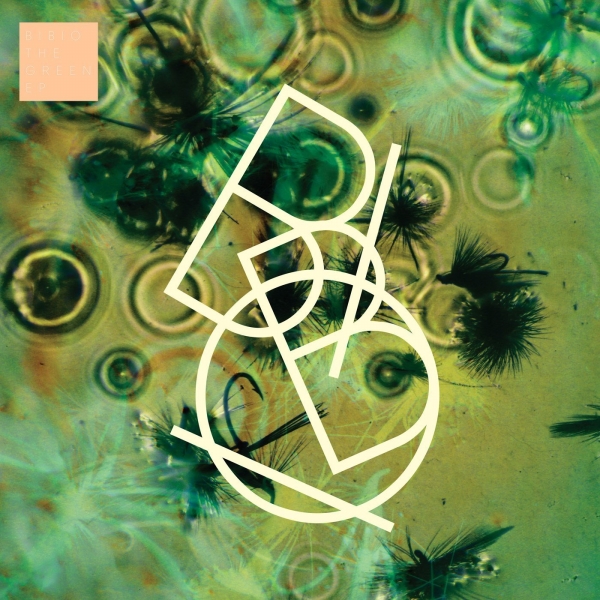 On Bibio’s Green EP, the brilliantly-resourceful Stephen Wilkinson collects a new array of sounds and melodies and crafts something both experientially concept-heavy and open to unique interpretation. And it becomes hard to treat the songs as just such, as they feel more evocative of background scenery than they do straight plot. The trick is to let them swirl around you as Wilkinson waves the wand like some fantastic wizard out of Disney’s Fantasia.

Album-opener “Dye The Water Green” goes deep, and is fittingly full of submarine sounds —submerged bells, low-frequency keyboard tones, guitars that simulate sweeping fins, and and atmosphere of uncertainty as profound as the ocean itself. Samples complete the imagery with sounds of crashing waves, and the sea-sick sound of a tethered boat knocking against a dock during a mild storm.

The next track provides an emotional-taxi from the former in the form of the aptly-named “Dinghy.”

“Down to the Sound” offers vintage folk-rock beauty, with hints of the aforementioned thunderstorm and Simon and Garfunkel’s Bookends. The track ends in a crackling fire, and two and a half minutes of comfort before “Carbon Wulf” unleashes a spiritual intensity of ambiguous sonics and ethers that exist somewhere between a haunted forrest and the Cocteau Twins.

The Green EP sounds a bit darker than Bibio’s previous work, definitely more so than the often-licensed pastoral electroni-folk delight of Ambivalence Avenue, which Adult Swim and Apple both found bright and catchy enough to target 18-25-y.o. optimists. While that brightness isn’t completely smothered out in this relatively compact 6-song set—undeniable in the beautiful corpse-ish, folk-turned-jazz second half of “A Thousand Syllables”—the first half of the same song is as tonally dark and self-loathing as the inside of a confession booth from some dilapidated, crusade-era cathedral.

Thorough Bibio-logists will note that two songs from the Green EP also appear on Wilkinson’s most recent full-length, 2013’s Silver Wilkinson (in particular, “Dye the Water Green” and “Carbon Wulf,” the later of which appears a minute shorter and under the shorter-titled “Wulf”). Any variation from their original forms is hardly felt, so their inclusion comes off redundant (or else just varied enough to satiate the ego of an artist unused to self-restriction).

Perhaps Wilkinson’s best instrument is his mastery over ambience. It is fundamental to and evoked by every physical instrument he picks up, be it his finger-picked electric guitar or his tape recorder. The purpose, then, becomes to create a self-sustaining world of various interdependent comings and goings that require careful blueprints and a well-researched list of harmonious ingredients. The result is a well-tempered mix of organic and contrived capable of rivaling even the most fertile metropolis.