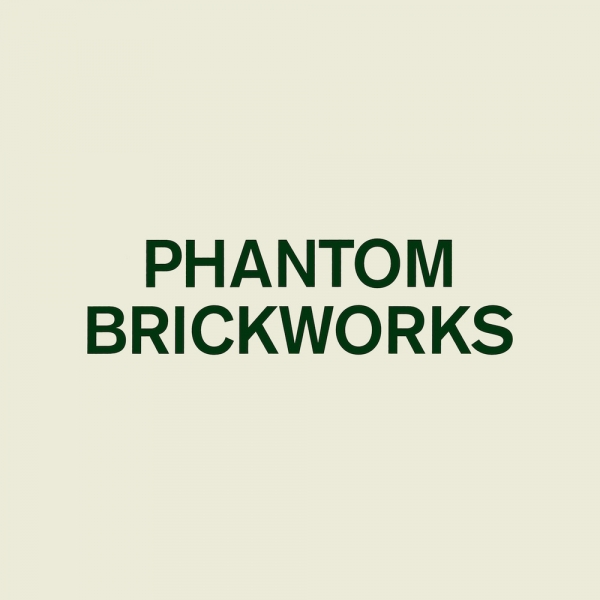 There’s a video on Bibio’s YouTube channel of a train journey to Birmingham. “Dowt the light” captures “Skeletons of what used to be industry”: abandoned warehouses and factories near Bibio’s home in the Black Country.

Its soundtrack, of dull rings and cracked samples, conjures such powerful atmosphere that it dominates the accompanying film, catalysing the visual with grief. “Dowt the light” achieved this 5 years ago with a mere 34 seconds. So what can Stephen Wilkinson craft over 70 minutes?

Phantom Brickworks is the product: 10 years of improvisational recordings that set aside Wilkinson’s typical patchwork of genres to instead focus purely on texture, ambience and atmosphere. This has provided Phantom Brickworks with a kind of sonic single-mindedness rarely seen on a Bibio album, and one that stuns the listener into submission.

With each of Wilkinson's LPs typically exploring multiple genres, enchanting ambiance has surfaced intermittently throughout: we hear moments during the final minute of Ambivalence Avenue highlight "Haikuesque"; Silver Wilkinson’s "Wulf"; the first half of The Green EP’s "A Thousand Syllables"; and not forgetting Wilkinson’s pre-Warp “folktronica” albums, all of which relied heavily on Bibio's ability to loose the listener within rich soundscapes. In many ways, this new album is closest to those early records. But whilst they were recorded with an underlying warmth, Phantom Brickworks has a slightly darker, spectral undertone; almost like that of a ruralised Burial record.

Describing the context for Phantom Brickworks, Wilkinson described how “places can be haunted by meaning… a place can be charged with atmosphere because of what is has been through”: this theme explicitly runs through several track names, two of which are chapels: “Capel Celyn”, named for the North Wales village flooded to make way for a reservoir, is a mournful tribute to an erased community. It's opposite is "Capel Bethania", a Presbyterian church in North Wales, which rings home the album with an arpeggiated loop much like that of church bells. Phantom Brickworks traverses these mood swings with ease; helped in part by the space allowed for each track to ebb and flow.

It's easy to lose your place in tracks, and to lose moments of tracks you remember hearing on another listen. But what makes Phantom Brickworks extraordinary is not any particular moment. Like some of the finer electronic albums in the past decade, it's the sum of its parts. With Phantom Brickworks Bibio has not only created a record that stands apart from his other Warp albums to date, but has cemented his mastery of the atmospheric; creating an album that can imprint on a listeners’ surroundings like few others. Prepare to have your evening commutes, autumnal wanderings and additional explorational opportunities transformed.