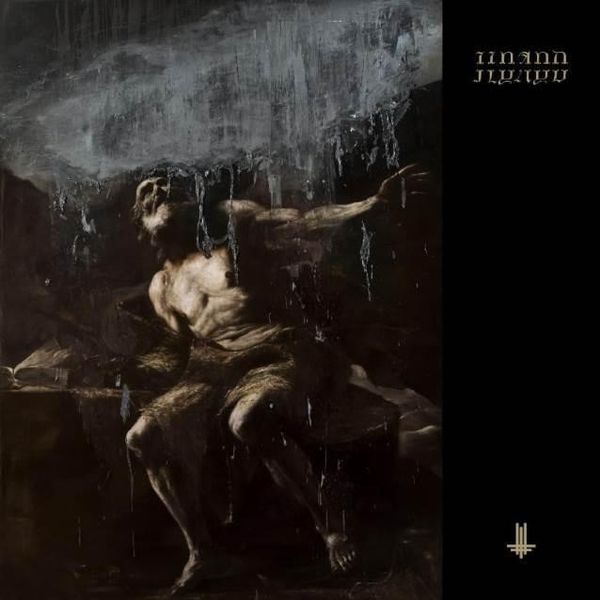 For well over the last decade, Polish metal legions, Behemoth, have become the flagbearers for the unholy. Following 2014’s The Satanist, the trio return with their eleventh album, I Loved You at Your Darkest.

While The Satanist was the band’s first in the span of five years, it was also their first since frontman Nergal’s bout with leukemia. In the wake of his near-fatal illness, Behemoth in some such way adopted the hardship and its reckoning, somehow fueled by it. Their newest maintains similar, unbridled ferocity, serving not only as a continuation from The Satanist, but rather a proper extension of it. With hellish themes to conjure nightmarish vision alongside keynotes of cimmerian motifs, Behemoth deliver another venomous, cinematic metal record.

If you’ve had the privilege to catch Behemoth on tour, suffice it to say, it’s been money well spent. Their live shows hold a bewitching quality – with pyro bursts, Behemoth are oftentimes veiled behind horned masks or cloaked in black studded hoods, faces smeared with corpse paint, channeling the likes of Immortal or even Darkthrone (check out Peter Beste’s photography book, True Norwegian Black Metal). More recently, Nergal stands behind a black iron podium with symmetrical snake heads pronounced on both sides as though ready to commence an ungodly sermon. But just like The Satanist, their new batch of songs manifest with demonic sprawl as Behemoth push their craftsmanship with tight, thoughtful precision.

I Loved You At Your Darkest eases us in – its opener, “Solve” is a quintessential, but brief intro, preparing us for what’s to follow. Backed with hushed organs, the haunting chants from a congregation of children call out: “Living God! I shall not forgive! Jesus Christ! I forgive Thee not!” Behemoth continue to rebuke everything holy – a theme they’ve long-incorporated in their music and that of which they’ve been caught in the controversial crossfire for, too. But while embracing the idea of the anti, I Loved You At Your Darkest dips in and out of musical splendour, changing course and reference, and while not necessarily black metal in a full labeling sense, nor rock-heavy alone, it’s a rather accessible hybrid.

Behemoth gain strength in this mindset; we saw this similarly with The Satanist – their ability to not only harness black metal style, but to assimilate additional facets that drive their songs elsewhere. While able to maneuver off course into these hollows and dells, Behemoth manage to carve an electrifying vision. From the steady, thudding barrage of “Bartzabel” to the galloping, guitar-laced “If Crucifixion Was Not Enough” – I Loved You At Your Darkest presents Behemoth’s dynamism as something rather elite and even more so, something quite irrepressible. But as they dabble in rock structure from time-to-time, Behemoth’s black metal roots are acutely present. “Angels XIII” is decidedly one of the album’s strongest in that sense and is immediately memorable with drummer, Inferno’s, unforgettable air tight drum cascades and machinegun blast beats. Paired alongside Nergal’s feral, vile howls, it’s one of the album’s most fervent tracks. “Wolves ov Siberia” shares comparable, diabolical composition whereas the sweeping grandeur of “Havohej Pantocrator” shows Behemoth just as effective even if they choose to thwart their traditional style and slow their approach.

Behemoth’s cognizance is valuable, especially this far in and while I Loved You at Your Darkest allows for amendment and continued focus, it’s as though Behemoth have been reaching for this type of shift in their time as a group, and it’s as though they’ve finally landed in a place they’ve been searching for. To marvel at their growth and resilience is rather engrossing – they utilize a facility that most bands in their sub-genre of metal lack; either the music is time and again mundane or uninspiring, Behemoth opt out of that label, packing their songs with monumental heft. The instrumental “Coagula” concludes the album, showing Behemoth poised on the verge as a band with complete sovereignty. The song marches along before met with a final strike of a bell as though to bring the listener back to a state of actuality – I Loved You At Your Darkest is a stark reminder that Behemoth are capable for battle, fit for any sort of obstruction, or any hindrance; they’re a band ready to lay waste in the blink of an eye.